March 2, 2022, 1:38 PM · Conductor Michael Tilson Thomas announced Wednesday that he will step down as Artistic Director of the New World Symphony at the end of this season, in order to lighten his responsibilities due to the uncertainty caused by his diagnosis with an aggressive form of brain cancer. 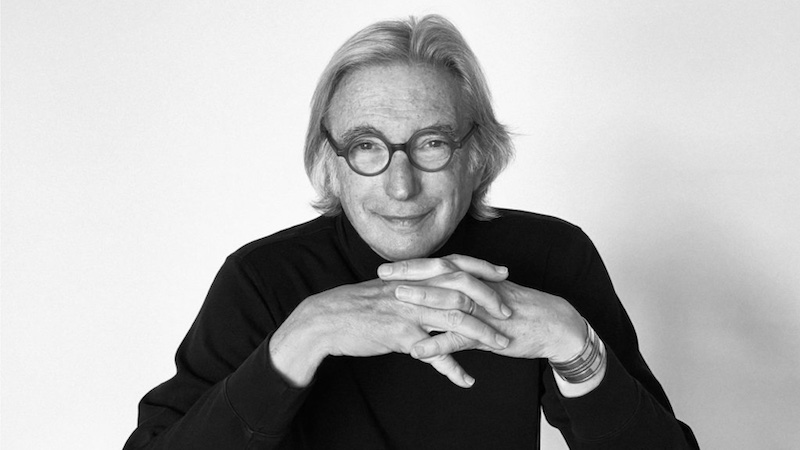 "I have not publicly discussed my medical diagnosis," Tilson Thomas wrote on his website Wednesday. "I have Glioblastoma Multiforme, a type of aggressive brain cancer. I had an operation to remove what was visible and had radiation and chemotherapy. Currently the cancer is in check. But the future is uncertain as Glioblastoma is a stealthy adversary. Its recurrence is, unfortunately, the rule rather than the exception."

Tilson Thomas also served as music director of the San Francisco Symphony for 25 years, until June 2020.

"I’m taking stock of my life and will be reducing my administrative responsibilities. I have decided that, after 34 years, I will be stepping down as the Artistic Director of the New World Symphony. This organization, which I co-founded with Lin and Ted Arison, has been and will continue to be a vital and ever-growing resource for musicians," Tilson Thomas wrote. "I’m proud of what we have accomplished and very proud of our 1,200 alumni. I will soon assume the role of Artistic Director Laureate and will dedicate myself to working with the NWS Fellows and Alumni on adventurous projects that have long been close to my heart."

In 1987 Tilson Thomas and the Arisons co-founded the New World Symphony with the mission of preparing graduates of music programs for leadership roles in professional orchestras and ensembles. In addition to his work as an artistic director, Tilson Thomas also oversaw the building of the state-of-the-art, Frank Gehry-designed New World Center in Miami Beach, with its 7,000-square-foot, 4K projection wall which allows concerts to be broadcast live to crowds in the park outside.

"Michael Tilson Thomas’s dream of an orchestral academy is in full flower today," said New World Symphony chair Will Osborne in a press release from the NWS. "The nature and purpose of the fellowship program, the New World Center’s future-facing architecture, and the expansion of options for artistic expression and teaching based on cutting-edge digital technology reveal the genius of his vision and the strength of his leadership. We are honored to have his continued presence and involvement at the New World Symphony."

"I look forward to my work the remainder of this season with orchestras in the United States and Europe and to the many musical collaborations planned for next season," Tilson Thomas said. "I intend to stick around for a bit. Creating and collaborating to make great music is what it’s all about for me. Every moment on stage with my colleagues is memorable. I want to thank all who have been supportive during this time, especially my husband Joshua Robison."

Tilson Thomas plans to conduct the New World Symphony in Mahler’s Symphony No. 5 in a concert series May 6 and 7 in Miami.

"I will continue to compose, to write, and to mull over your thoughts and mine," Tilson Thomas said. "I’m planning more time to wonder, wander, cook, and spend time with loved ones – two legged and four. Life is precious."

March 2, 2022 at 07:49 PM · Maestro Thomas has given us a wealth of beautiful music and perhaps more. I am grateful for his contributions to humankind. He rightly focuses now on health and family.

March 3, 2022 at 01:21 AM · I had the incredible opportunity to work with Maestro Tilson Thomas back in the early '80s when New York City Opera produced Janácek’s "The Cunning Little Vixen." In addition to being a wonderful conductor, he was gracious, funny, engaging, and supportive. I had a tiny role in the show (literally one solo line), but I vividly remember him coming up to me in a break and apologizing for not giving me a cue, and thanking me for coming in despite that fact. That was just the kind of person he was. As Paul mentions above, he has given us so much. I wish him all the best.

March 3, 2022 at 12:33 PM · The same cancer that took the life of the great percussionist/lyricist/author, Neil Peart. My heart goes out to he, his family and friends.