February 9, 2022, 2:04 PM · Los Angeles-based arts administrator Angelica Cortez has been named Executive Director of the Suzuki Association of the Americas (SAA), having assumed responsibilities on Jan. 31. 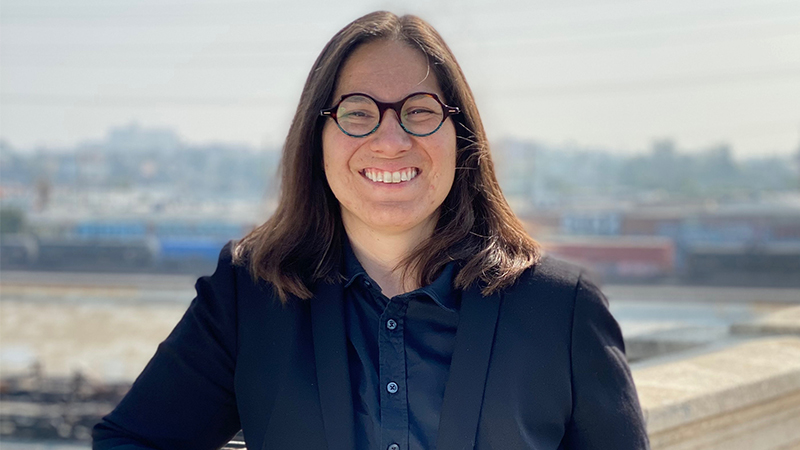 She replaces longtime Executive Director Pam Brasch, who had served in that role since it was created in 1996 until her retirement in August 2021. Before that, Brasch was Executive Administrator of SAA from 1991 to 1996, having started her involvement in the Suzuki method as a parent in 1977. Laura Yasuda served as Executive Director during the interim period between her retirement and the announcement of a new director.

Cortez comes to the role with experience in the El Sistema USA program as well as Youth Orchestra of Los Angeles (YOLA), Gustavo Dudamel’s signature program associated with the Los Angeles Philharmonic. Cortez previously served as Interim President and CEO of El Sistema USA, where she led fundraising efforts, strategic partnerships, programming, and managed the
general operations of the organization. In her work for YOLA, she oversaw YOLA National programs, which included a festival, symposium, institute, and a series of digital programming titled YOLA National at Home.

Angelica has a bachelor’s degree in trumpet performance from the University of California Davis and a master’s degree in teaching from Longy School of Music and Bard College. In 2020 she was selected as one of 11 fellows for Sphinx LEAD (Leaders in Excellence, Arts, & Diversity), a two-year leadership program.

"Angelica is a strong, open-minded communicator whose sense of purpose in music education very much aligns with the mission of the SAA," SAA Board Chair Ellen Kogut said. "She has a firm grasp of the big picture of running an organization as geographically large and diverse as ours."

"Our new Executive Director brings a renewed energy and freshness to our organization. Her warmth, skills in communication and active listening, and commitment to education truly stand out and will be a huge asset to the SAA," board member Bruce Walker said. "Furthermore, her dedication to the areas of diversity, equity, inclusion, access, and belonging are notable and I am confident that we will begin to see our organization move in a direction that Dr. Suzuki would entirely approve."

"Suzuki pioneered the concept that music can be a tool for young people's growth and development outside of music. He encouraged creating an environment and a space filled with love and filled with support, which is something our young people need in this moment," Cortez said. "I am excited to facilitate a space for this community. I want to hear from our members and I want to know what they think is important."

Founded in 1972 with William Starr as President, the Suzuki Association of the Americas is the nonprofit organization that is officially licensed by the International Suzuki Association to support, guide, and promote Suzuki education in North, Central, and South America. Its paid membership of approximately 8,000 comprises private teachers, parents, and educators. The organization oversees Suzuki teacher development programs and student summer workshops in the Americas and provides teacher scholarships, a quarterly American Suzuki Journal, teacher registry and location services, teacher conferences and other services.

February 10, 2022 at 01:53 AM · From Suzuki mom to leading the organization -- that's impressive! I wonder what her plans will be for SAA. Inclusion and access are very important, but can the pedagogy continue to advance, too?

February 10, 2022 at 02:37 AM · I've been a member of the SAA for 20+ years, and I'm happy to see the group professionalizing its administration. It started with the Suzuki pioneers - teachers and parents who were committed to organizing this movement in music education and to holding it to high standards. At this point there is a lot of talent within the organization's membership, but the organization has grown very large. So it's my hope that Angelica can tap into and organize that talent and good will to continue the SAA's work, both in providing high pedagogical standards and also finding ways to bring this kind of music education to a broad group of children and parents, as we settle into the 21st century.

February 10, 2022 at 03:10 AM · I have high hopes for Angelica! Here’s wishing her every success in this new and challenging role!