December 8, 2022, 4:51 PM · On Thursday The Juilliard School announced that violinist Anne Akiko Meyers will join the school's Board of Trustees. 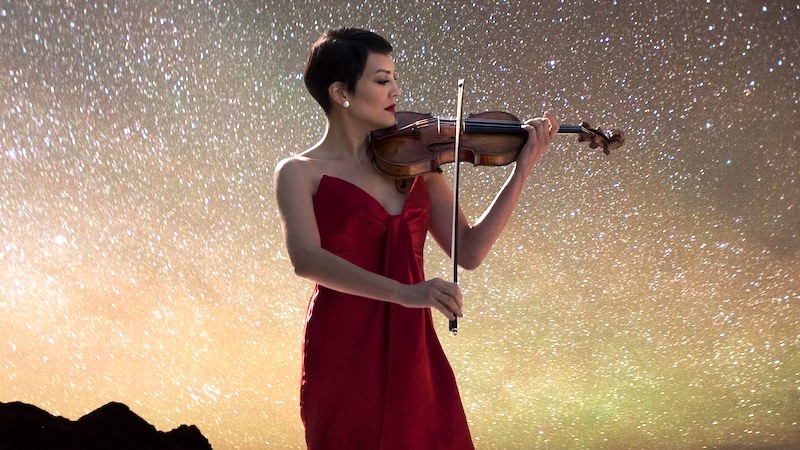 "At the invitation of legendary teacher, Dorothy DeLay, at age 14, my journey began at this incredible institution," Meyers said on her Facebook page Thursday. "Today, with (Juilliard President) Damian Woetzel and esteemed colleagues, is an opportunity to bring fresh, innovative vision. It’s a new day!"

Meyers graduated from Juilliard's Pre-College Division 1987 and earned her Artist's Certificate in 1990. Meyers grew up in Southern California, where she and her mother traveled eight hours roundtrip from the Mojave Desert to Pasadena for lessons with Alice and Eleonore Schoenfeld at the Colburn School of Performing Arts. She continued her studies with Josef Gingold at Indiana University before moving to New York to study with DeLay, Felix Galimir, and Masao Kawasaki at Juilliard. Among her awards are an Avery Fisher Career Grant and a Distinguished Alumna Award from Colburn. She performs on the 1741 "Ex-Vieuxtemps" Guarneri del Gesù, one of the most valuable instruments in the world.

Also joining the Board of Trustees Thursday is Juilliard alumnus Jon Batiste, a composer, vocalist, pianist and winner of the 2022 Grammy for Album of the Year. Batiste earned both his bachelor's degree (2008) and master's degree (2011) at Juilliard in jazz studies.

“It is so inspiring to see these extraordinary Juilliard graduates take on new responsibilities at the school,” said Woetzel. "These four alums have each achieved exceptionally in their respective fields and are deeply committed to Juilliard and the students of today. Entrepreneur Julie Choi and actor Laura Linney have served with devotion on the board for 22 and 13 years respectively, and they along with their fellow trustees are thrilled to have joining them extraordinary alumni musicians Jon Batiste and Anne Akiko Meyers who are both luminous artists and powerful role models. We are all looking forward to deepening our work with them in furthering the mission of the school.”