January 29, 2022, 9:05 PM · Congratulations to the laureates announced on Saturday in each of the two divisions of the 25th annual Sphinx Competition. The competition, normally held in Michigan, was held virtually due to COVID concerns and ended on Saturday with an online Finals Concert (watch the final concert in the video below). The laureates are: 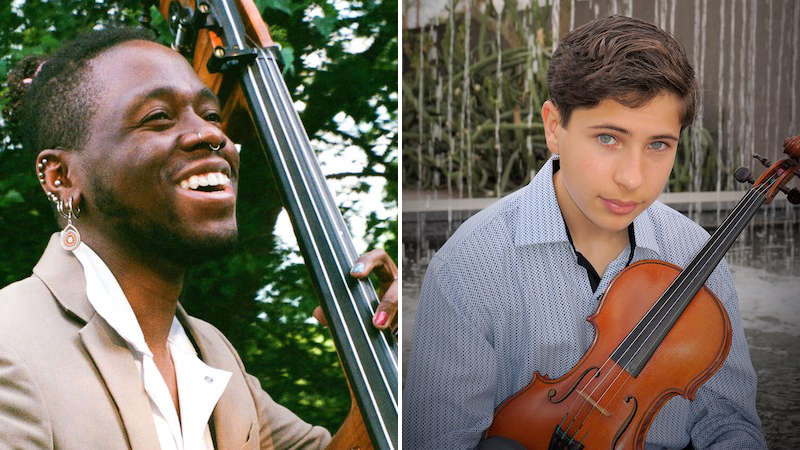 Kebra-Seyoun Charles is a double-bassist originally from Miami, Florida. He received his Bachelor of Music degree from the New England Conservatory of Music, where he studied with Todd Seeber and Lawrence Wolfe. Kebra-Seyoun is currently pursuing his Master of Music degree at the Juilliard School, studying with Joseph Conyers. Growing up the son of an African drummer and dancer, Kebra-Seyoun was exposed to music at a very early age. Kebra-Seyoun is a two-time winner of the Boston Philharmonic Youth Orchestra’s concerto competition, he is the winner of NAACP’s ACT-SO concerto competition, and he has been featured by Performance Today, Young Arts, and From the Top.

Here is the Sphinx Competition Finals Concert, which was posted Saturday: