January 28, 2022, 5:36 PM · Violinist Alex DePue, known for his incredible fiddle chops, witty stage presence, brilliant violin arrangements of pop tunes and for being second-oldest of the four DePue Brothers - died on Friday in a car accident in Mexico. He was 49. 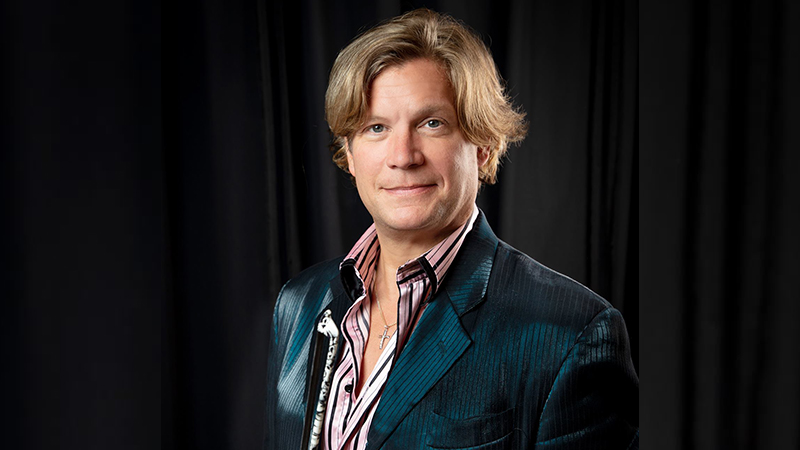 "It is with extreme sadness that we must report to you all that our second-born brother, Alexander Paul DePue, passed away from an automobile accident early this morning in Mexico. He was 49. He was certainly the 'rock star' of our family and he lived life to the fullest by the day, the way he wanted to live it," said a statement on the DePue Brothers Facebook page. "He was his own boss, and we've always respected him for that. So, please keep him and his newly wed wife, Aria Curzon DePue, in your thoughts and prayers."

Alex DePue was born in Bowling Green, Ohio, and he began studying classical violin at the age of five.

From a young age, Alex played with his brothers Wallace Jr., Jason and Zach as part of the DePue Brothers Band - four violin-playing brothers. A 1993 documentary about the Depue Brothers shows them under the direction of their father Dr. Wallace DePue, Sr., a composition professor at Bowling Green State University. They played a great variety of gigs throughout their childhood - churches, wedding receptions, fiddle contests, etc. The brothers continued to collaborate over the years, even as they went in different directions musically and professionally. 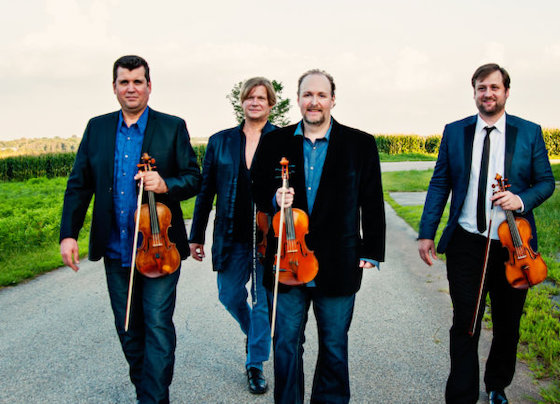 Alex's classical training was intense, and by age 10, he had won his first university-level competition and played as a soloist with the Bowling Green State University Symphony Orchestra. At age 14 he won a competition that brought him to Carnegie Hall, as concertmaster for the National Guild Youth Symphony Orchestra, with Joseph Silverstein conducting.

The whole while, he also took a keen interest in fiddling and other forms of music, and he started entering fiddle contests. From 1994 to 1998 he reigned as the Michigan State Fiddling Champion and proceeded to win numerous fiddle competitions across the United States.

In 2007, rock guitarist Steve Vai, having seen Alex's rock videos (including "Owner of a Lonely Heart" - below is a later version) - auditioned him to join his band.

And so he did, from 2007–2010 Depue joined Vai for a world tour that took him across North America, South America and Europe. Depue is featured in Vai's 2009 live concert/movie DVD "Steve Vai: Where the Wild Things Are" and was part of the performance of the song Now We Run that earned the band a nomination for Best Live Rock Instrumental Performance at the 52nd Annual Grammy Awards.

While working with Vai, Depue met and teamed up with Mexican guitarist Miguel De Hoyos, and they continued to collaborate as a duet. Below is a video from 2009, with DePue playing Dueling Banjos with guitarist De Hoyos at The Maumee Indoor Theatre. It's a wonky video taking by an audience member, but it shows the spontaneity, humor and outright fun Alex could create on stage.

Alex also taught extensively and participated in educational events, inspiring both student and professional violinists with his innovative musical mind. The video below is just one of many examples of his out-of-the-box thinking.

Please feel free to share your memories of Alex below.

Alex is survived by his wife, Aria Noelle Curzon DePue; his father, Wallace DePue; and his brothers Wallace Jr.; Jason and Zachary. 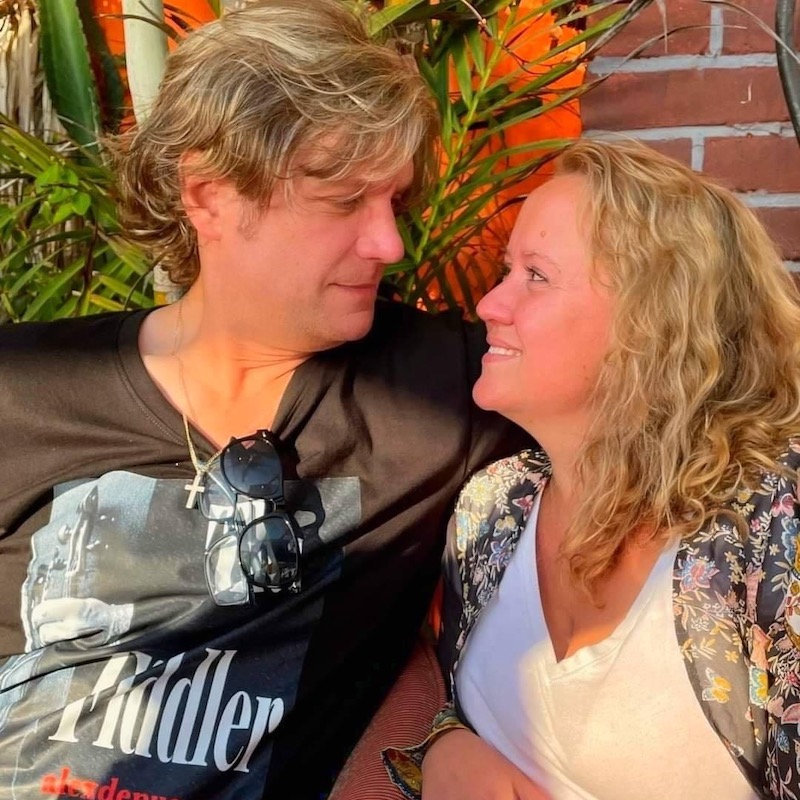 Alex and Aria, who were married in August 2021.
Tweet

January 29, 2022 at 01:03 PM · Alex was incredible! I don't think there can be another violinist quite like him with his talent, drive, and with such an ability to think/play outside of the box. I've seen him perform locally with his brother, as powerful as his videos are, it's even more so in person. I can only imagine what his family and wife of 5 months must be going through. Rest in peace Alex.

January 29, 2022 at 01:14 PM · What a shame to lose such a beautiful and talented young man. I didn't know of him before this, but it sounds to me like he pushed and stretched the boundaries of violin artistry with both skill and taste. That's a rare gift and I'm thankful for his time on our planet. I can only offer my condolences to his family and friends.

January 30, 2022 at 09:06 PM · I was so shocked and sad when I read the news last Friday. Alex Depue was so much more than a great talented fiddler! He was an inspiration and violin role model for everyone who wanted to do more than only classical music with the violin. I was in my early thirties when I doubted about me playing the violin. I played in several classical and opera orchestra’s. But I had a busy life, long days at work and wanted to play different things on my violin. I didn’t like the orchestra’s any more. I played some pop and world music, but somehow never really connected with my violin the way I wanted and I was thinking about quitting. But Then I saw this video from Alex and was stunned https://www.youtube.com/watch?v=0Kyxo8pKHak&t=50s If that was possible on violin, that was how I wanted to play. I became a real fan of this amazing violinist and listened to all his video’s, read his interviews, watched the documentaries about his family. Then couple of years later I saw on his facebook page that he was open to new students. I needed some beers before I had the guts to contact him, emailed and we scheduled a lesson. I wanted to learn pop/rock/fiddle music!! But what happened: Alex Depue as a teacher appeared to be very strict: “first you need your vegetables” he said and meant tot start again at the beginning with Wohlfart etudes and Flesch scales. “If you eat enough vegetables, than you deserve your desert” which was the fun part. I never played very much etudes and scales before, just didn’t like them. But hey, I didn’t say no to THE great Alex Depue and I did everything he told me. It turns out that in the next three years Alex found all the gaps in my playing fundaments and I worked really hard, never had such a wonderful teacher. But I learned so much more from him! I learned to really connect with my violin; that playing can be kind of meditation; to eat my vegetables when they were really bitter and not giving up; to have confidence; and that playing fun stuff doesn’t mean ‘not classical’ but it is my own journey to make every peace of music fun and creative and my own story. And so so so much more!!! After those three years I had to quit the lessons. It really hurted and I still regret that I had to quit. But that really changed me from a violinist that was just messing around sometimes a week to a complete violin addict that needs to play every day because I can’t miss the feeling and connection of my violin. Turned out that Alex Depue really is my inspiration, role model, best teacher I ever had, and a very warm and sweet person. Thank you so much Alex!! I will miss you and your amazing playing, and I will be grateful for everything you meant for me. My deepest sympathy for Aria, family and friends!! R.I.P Alex

Some years ago somebody commissioned me to transcribe Owner of a Lonely Heart/Smooth Criminal from the video:

In his memory I'm giving it away free here: