January 21, 2022, 4:48 PM · Welcome to "For the Record," Violinist.com's weekly roundup of new releases of recordings by violinists, violists, cellists and other classical musicians. We hope it helps you keep track of your favorite artists, as well as find some new ones to add to your listening! 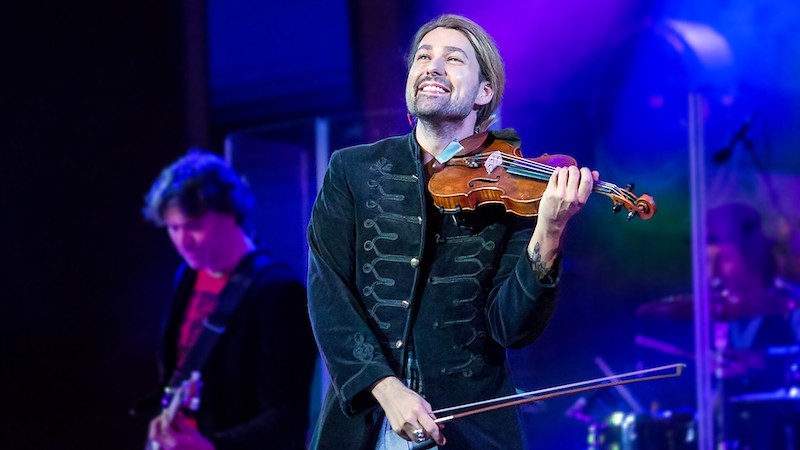 A rockumentary about a violinist - why not? David Garrett is a classically trained violinist whose rock arrangements and performances have attracted stadiums full of fans over the last decade. This DVD celebrates the 10-year anniversary of his crossover program, which includes violin arrangements of rock classics like "We Are The Champions," "Smells Like Teen Spirit," "Viva La Vida" and "Hey Jude" -- as well as classical hits like Beethoven's Fifth Symphony. The featured concert took place at the Arena di Verona, Italy, during his 2019 tour. BELOW: Trailer for the documentary:

This classic recording from 2001 by the great Korean violinist Kyung Wha Chung is being released this week in vinyl. The original album received praise in Gramophone Magazine: "This is an unashamedly traditional performance, one which has little or no regard for period practice, but gives us a sequence of four concertos in warmly relaxed readings...She and her colleagues vividly bring out Vivaldi’s illustrative effects, whether of storms, birdsong..."
BELOW: Kyung Wha Chung plays "Winter" from Vivaldi 'The Four Seasons.':

Twenty-one-year-old cellist Edgar Moreau salutes his family heritage with music by Bloch, Korngold, Bruch, and Ravel, recorded with the Lucerne Symphony Orchestra and its chief conductor Michael Sanderling. All five works on the album have a connection with Jewish culture, with the largest work on the program being Bloch’s Schelomo, which Moreau describes as “a majestic meeting of concerto and symphony, rich and colorful in its orchestration and full of contrasts”. BELOW: Edgar Moreau plays Ernest Bloch: From Jewish Life: II. Supplication