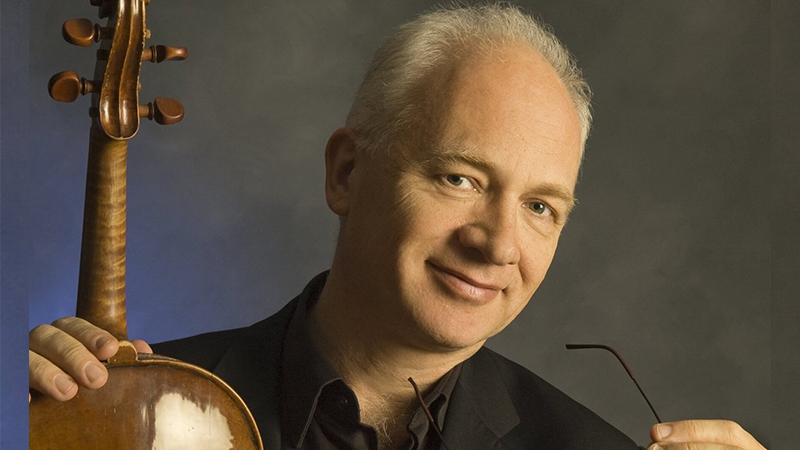 Member of the Juilliard String Quartet and the Juilliard School viola faculty since 2013, Tapping also was on the viola faculty of the New England Conservatory in Boston, where he directed the Chamber Music program. He has also taught at the Boston Conservatory and at Longy. During summers he also taught at the Perlman Chamber Music Workshop, the Tanglewood String Quartet Seminar and Yellow Barn. He gave viola master classes at Banff and at other festivals and conservatories in North America, Europe and Asia.

"We are heartbroken to lose our beloved colleague and friend Roger Tapping," the Juilliard String Quartet said in a statement on their website. "One of the most passionate and celebrated chamber musicians of his generation, Roger was adored by students, colleagues, and audiences around the world. His love for performing and teaching radiated from his very being and deeply touched all who knew him. We will continue to be inspired by his unstoppable energy and zeal, qualities that he brought to all his musical collaborations. Our daily quartet rehearsals were elevated by Roger’s love for playing string quartets together. The pleasure he derived from music-making was palpable and inspiring, not just for those of us who were his colleagues, but for the generations of young musicians who were fortunate enough to have known and worked with him."

"Our studio was so unique," said violist Natalie Loughran, who studied with Tapping for six years and spoke about his teaching after she won the Primrose International Viola Competition in December. "He cultivated originality and encouraged everyone to bring out the voice that they have - not to try to be something that just fit his ideas. He encouraged us to take our own musicianship to the max capacity of what it could be. It's a special thing to find, and so inspiring."

He came to the U.S. in 1995 to join the Takács Quartet, in which he performed for 10 years that included major successes for the group: recording the complete quartets of Bartók and Beethoven, earning a place in Gramophone Magazine’s Hall of Fame; and winning three Gramophone Awards, a Grammy and three more Grammy nominations, among many other awards. When Tapping joined the Juilliard Quartet, he replaced Samuel Rhodes, who had been the quartet's violist for 44 years.

Tapping's teachers included Margaret Major and Bruno Giuranna and he participated in master classes with William Primrose. He had degrees from the University of Cambridge. Tapping was a member of the Order of the Knight Cross of the Hungarian Republic, with an Honorary Doctorate from the University of Nottingham. He was also a Fellow of the Guildhall School of Music in London.

Tapping is survived by his wife Natasha Brofsky and their daughters Eleanor and Cordelia.

January 20, 2022 at 08:18 PM · Wow. If I were a viola student, I'd have wanted to study with him. Thank you Laurie for that beautifully written obituary, and warmest condolences to Roger's family, friends, students, and colleagues.