September 20, 2021, 4:30 PM · Violinist Nigel Kennedy has pulled out of Classic FM Live's Wednesday concert at Royal Albert Hall after a dispute over whether he could perform a Jimi Hendrix song on the program. 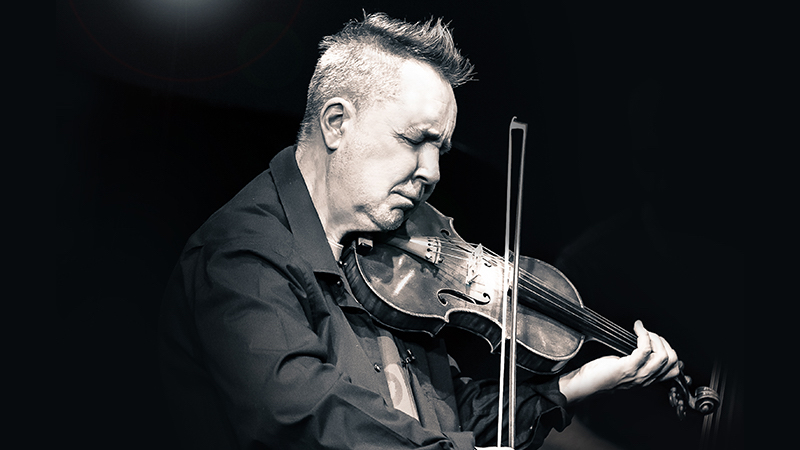 The concert marks Classic FM's return to the Royal Albert Hall concert stage in London for the first time in two years.

While Kennedy was billed as one of the main stars in the performance, the show will go on without him, featuring pianist Khatia Buniatishvili performing Rachmaninov’s Piano Concerto No. 2 and now featuring sisters Camille and Julie Berthollet playing their version of Vivaldi’s Four Seasons for cello and violin and making their Royal Albert Hall debut. The artists will play with Chineke! Orchestra, directed by Damon Gupton.

Descriptions of the program prior to Kennedy's departure said that he was to have played "a medley of Vivaldi’s Four Seasons, as well as his own composition 'Melody in the Wind Star'" with Chineke! Orchestra.

According to The Guardian, Kennedy said that he had intended to play an arrangement of the Jimi Hendrix song, "Little Wing" but that Classic FM was "preventing him from performing a Jimi Hendrix tribute," which it had deemed "not suitable" for its audience. Kennedy called the decision "culturally prejudiced."

"This is musical segregation,” he told The Guardian. “If it was applied to people, it would be illegal. If that type of mentality is rampant in the arts, then we still haven’t fixed the problem of prejudice. This is much more serious than my feathers being a bit ruffled. Prejudice in music is completely dreadful. They’re effectively saying that Hendrix is all right in the Marquee Club, but not in the Albert Hall.”

Kennedy also cited inadequate rehearsal time, and he objected to the way Classic FM wanted him to perform the Four Seasons - "They were telling me that I had to do it with a conductor, which I’ve never done. The communication between myself and the orchestra is much better than having someone doing semaphore in between them and myself," Kennedy told The Guardian.

Of the Hendrix controversy, Kennedy told the Guardian that "(Chineke! Orchestra founder) Chi-Chi (Nwanoku) and Chineke! were saying we want to be seen as a classical orchestra and maybe the Hendrix repertoire’s not right. Classic FM were saying it’s not right for their audience.”

Nwanoku told The Guardian that "We had nothing to do with Nigel pulling out of this. It’s not up to us what we play in the Classic FM concert. It was decided by Classic FM, who rightly insist that repertoire played at their annual Royal Albert Hall concert is familiar to their loyal listeners. They did not want Jimi Hendrix on Classic FM. No blame should be laid at our feet. We were so keen to do the concert with Nigel and had agreed to his request not to have a conductor for The Four Seasons and an extra rehearsal. We’re proud of our collaborations with other genres, including Carl Craig and Stormzy.”

Kennedy's 1989 recording of Vivaldi’s Four Seasons was one of the best-selling classical recordings of all time (and incidentally spawned a nice arrangement of several best-loved movements from that work that works for intermediate students). Ten years later Kennedy recorded his own take on the music of Jimi Hendrix in an album called The Kennedy Experience.

September 20, 2021 at 10:22 PM · "It’s not up to us what we play in the Classic FM concert. It was decided by Classic FM, who rightly insist that repertoire played at their annual Royal Albert Hall concert is familiar to their loyal listeners." How about supporting a fellow musician? How about supporting imagination? How about pushing the envelope? Too much to ask? Well, no guts, no glory.

September 21, 2021 at 03:12 AM · I think it's less racism and more that Hendrix had a reputation for playing the wierdest music at that time maybe with the exception of Pink Floyd (but they were much more subdued, a word that could never describe Hendrix). We had Hendrix fans in the family. I listened to him but preferred Vivaldi and Mozart. Nobody died.

September 21, 2021 at 11:39 AM · The organizers have apparently never heard Little Wing, a wonderfully tuneful and contemplative song. I also guess that the Danish Quartet which finishes concerts with arrangements of traditional Scandinavian folks songs would never get to perform there either.

September 21, 2021 at 12:44 PM · The Royal Albert Hall has been used for a wide variety of presentations, including. I believe, wrestling and tennis, so there shouldn't be a problem of presenting the music of Hendrix. It hosts the annual last night of the Proms for goodness sake: 'Little Wing' is much more dignified than that! I'm guessing the issue is the socio-cultural profile that Classics FM caters for: listeners who want 'nice' tuneful music, nothing too new, loud or long.

September 21, 2021 at 03:29 PM · If they wanted a straight-laced classical violinist, maybe they shouldn't have asked Nigel Kennedy. He's had a certain renegade schtick for years. What were they expecting?

September 21, 2021 at 03:37 PM · who knows, maybe Nigel was mainly inspired to pull out by the need to promote his upcoming book and CD, I doubt he'd get into any newspapers just with the press release...

If he didn't want to play inoffensive Classical Greatest Hits then why did he agree to do a Classic FM concert? There is loads of new and fresh music in the UK - Nigel Kennedy and Chineke! are both part of that in different ways, as is the Royal Albert Hall where I once spent a pleasant 45 minutes listening to a load of random noises by Stockhausen as part of the Proms. But Classic FM is totally not.

September 22, 2021 at 05:05 PM · If Richard Rodgers can be commemorated in a classical concert (with Slatkin accompanying his song about spring on the piano and slipping in a quote from Stravinsky that I almost missed, plus probably other quotes that I missed completely), why not Jimi Hendrix?

Once a week Classic FM do a "Saturday Night at the Movies" and they don't stick to just Walton's Henry V! Talk about hypocrisy!

September 25, 2021 at 06:38 AM · I see the refusal to allow him to do a bit of Hendrix as a disgusting level of elitism and cultural supremacy. If he were doing an all-crossover program, I would agree that would be misaligned to the audience. But he's not. He's wanting to do one small song. For all they know, the listeners might love it.

This is exactly the sort of thing that is killing classical music.