V.com weekend vote: Have you ever been a Member of the Musicians Union?

I am a longtime member of the American Federation of Musicians, joining it as a teenager so that I could be paid for my first professional orchestra jobs. At first, I was pretty annoyed that a chunk of my paycheck went to "union dues"! But over the years, I've come to appreciate the union and the many things it does. 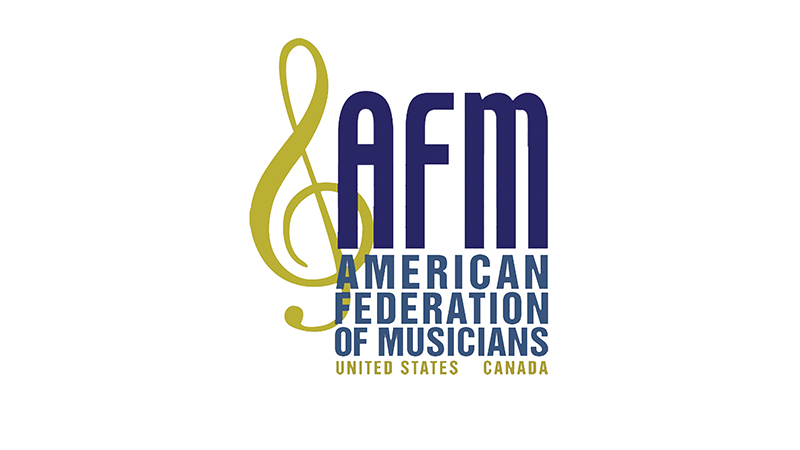 For example, have you ever taken your violin on an airplane? That's a privilege in the U.S. that the union secured for all of us, members or not: the provision in the FAA Air Transportation Modernization and Safety Improvement Act of 2012 that requires air carriers to let you take your violin on the plane without charge.

The American Federation of Musicians (AFM) was founded in 1896 in Indianapolis, for "any musician who receives pay for his musical services." By now, it has grown to an organization with 80,000 members!

I have been a member of the AFM Local 47 for more than 20 years, and other locals before that. The union has helped me in some very important ways. First, it has helped negotiate the contracts for all the professional orchestras I've played in. Having a "union" gig means having pretty reasonable play, regular breaks, limits on rehearsal time, and a whole host of things that protect the musician.

Beyond that, you might be surprised by a few of the other benefits - when I wanted to buy my violin, I was able to secure a loan through AFM Local 47's credit union. It is not easy to get an instrument loan in any other way, so I was extremely grateful that my union offered this option!

During the last few years, during the pandemic, I have also benefited from having health insurance coverage through the union. Not very AFM local offers this, and it's also very hard to qualify (to be honest, I rarely do), but it has been a godsend during a couple of difficult years.

I'm curious: have you ever been in the musicians union? Was it for violin or something else? Were you a member for a long time, or not? Was it helpful? Or not? Is there a musicians union in your area, or not?

Please participate in the vote and then share your thoughts.

September 3, 2021 at 11:29 PM · I've remained an unpaid amateur player but do appreciate what the union(s) does. So my answer is a no. If i ever did reach the point of paid performance I'd be happy to join.

September 4, 2021 at 07:07 AM · In the 1980's I briefly joined a pick-up professional orchestra and was required to join the MU (UK). It lasted 3 concerts and was undone by a concert in which several of the conductor's works were performed. The Queen Elizabeth Hall was practically empty.

September 5, 2021 at 02:09 PM · I began playing professionally in Vienna, Austria and was a government employee. When I returned to the United States, all of my professional playing was for gigs and I just never joined the union.

September 5, 2021 at 06:35 PM · It’s worth pointing out that the AFM has improved conditions and pay for gigs as well as for symphony orchestra jobs.

September 5, 2021 at 08:48 PM · My father was a member of the Musicians Union (UK) - It wasn't relevant to me, but later a bacteriologist colleague at my hospital, who was a member (trumpet) explained to me a little about it. Apparently you can't just join the UK Musicians Union, you have to give evidence that you are following the profession of music, i.e., taking part in performances for which you are being paid and/or have professional qualifications. Maybe my ALCM woould qualify me (even though, basically, it's just a slightly glorified Grade VIII - the LCM equivalent of the LR/AR is the LL)?

Membership of the MU might be a little tricky for professional musicians who also support worship in their churches musically.

September 6, 2021 at 05:53 AM · I was in the Los Angeles local for only about 8 years. I remember that there were about 25,000 names in the phone directory. Only about 10 % were working as musicians on any given day, and the coveted union scale recording sessions were done by a very small group, very difficult to break into. That's OK. It is very expensive for a contractor to try someone new who might wreck the whole session. The union does not help you find work. My advice to anyone contemplating joining the union is that if you need it to accept a job offer that you really want, then do it. You will loose some freedom, not do some, but not all, non-union work.

September 6, 2021 at 08:02 PM · I remember a televised recital where the soprano was a union member, but the pianist (a faculty member) was not: he was hidden from view....

September 7, 2021 at 12:35 AM · I contacted the mu twice,the first time I got a list of jobs in the north west not very useful as I am in the south east, the second time they said that they have nothing to do with people like me, I am waiting for the chance for revenge....