V.com weekend vote: Which is your favorite Mozart Violin Concerto?

August 22, 2021, 7:52 PM · When the teenage Wolfgang Amadeus Mozart wrote his five violin concertos in rapid succession, all in the year 1775, he never could have known that violinists all over the world would be obsessing over every detail of these works, for centuries! 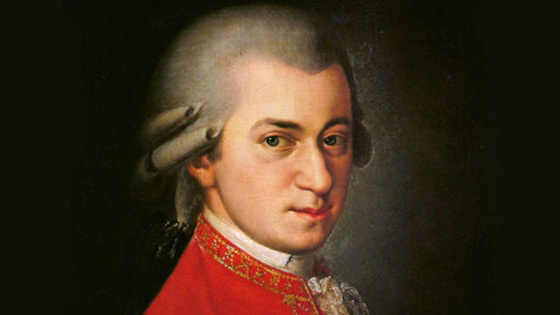 And yet we still do. Just last week I was watching 13 performances of Mozart Concerto No. 4, with original cadenzas by the semi-finalists in the Shanghai Isaac Stern International Violin Competition. That's a lot of Mozart 4!

But a Mozart Concerto does show a measure of a player, and they are included not just in competitions, but in many orchestral auditions.

Also, Mozart did not write cadenzas for his concertos, and that provides another opportunity: a performer can write his or her own. In fact, just last week violinist María Dueñas, winner of the 2021 Menuhin Competition, was talking about how composing Mozart cadenzas led her to start composing other music.

What is your favorite Mozart Concerto, and why? Is it because you like to play it, or because you like to listen to it? What was the first one you learned? Or if you have not learned one yet, which would you like to learn? Have you ever written your own cadenzas for them? Please participate in the vote, and then share your thoughts on Mozart concertos.

August 23, 2021 at 02:33 AM · The first Mozart I listened to as a child, the 5th played by Menuhin and the Bath Festival Orchestra. I then became a Menuhin fan and wanted to play the violin.

August 23, 2021 at 04:06 PM · My favorite Mozart concerto is of course the sinfonia concertante. The fact that the violinist plays only half the music counts for nothing.

Among the five "real" violin concertos history has decided that no. 3 - 5 are worthy of being in the repertoire, no. 1 and 2 not so much. I think history is right in this instance. Among those three one tends to like the one best one has heard (or played) most recently.

All of the Mozart violin concertos share this feature: There is not a single note in them that is there for the only purpose of showing off the skill of the soloist. The only other concertos that share this feature are the three of Bach as far as my knowledge of the repertoire goes.

His LP of Grumiaux was my introduction to Nos 3 & 5.

August 23, 2021 at 05:21 PM · Albrecht - so hard to say! I do think that the Mozart violin concerti keep getting better and better, so I can't argue with 5-4-3-2-1, but the last three are all so different, I would probably rank them differently on different days. I like to play 4 so much, but 5 has that yummy intro, and then if you are in a more classical mood, 3 is just right. It depends on one's mood! But for the vote, I was in the mood to vote for 5!

I think it's something else for at least some of us: my favorite has always been 3, possibly because it was the first Mozart violin concerto I heard.

In general, firsts tend to stick in my mind, perhaps because I was old enough at the time to remember them all. My favorite Beethoven symphony (4) is the first one I played. My favorite concerto for any instrument (Walton viola) is the first one I heard live. I have a soft spot for Howard Hanson's 1st symphony, the first thing I heard when I first tuned to a classical radio station.

August 24, 2021 at 08:44 AM · I voted for 4, but 1 is also really nice, as are the other three of course. It will remain a mystery to what extent Mozart could actually play his own concertos really cleanly. I think I read that he did perform them, but I really would have liked to hear the quality of his playing. It may well have been surprisingly good, given what a wunderkind he was. Then on the other hand the standard of playing nowadays is so insanely high, so compared to that... We'll never know!

August 24, 2021 at 03:27 PM · I would venture to speculate that his violinistic prowess was up to the challenge--if you judge him by contemporary standards. He wrote to his father about a performance of one of them that it went "like oil". He lied often to his father but he wouldn't lie about this--his father was the expert on the topic of violin playing.

August 25, 2021 at 04:00 PM · I have liked, preferred, #3 ever since the third movement was used in the movie Master and Commander. Right now I am working on #1, which is not easier than the big 3, partly because of the key. I would recommend #1 as an audition or solo piece for advancing students. As a judge I have heard too many mediocre versions of # 3-4-5.

August 27, 2021 at 03:01 PM · Albrecht writes "There is not a single note in them that is there for the only purpose of showing off the skill of the soloist" - I'm not sure that is altogether true of the two pedal passages in the last movement of No 4 (which I consider the most challenging of them in terms of interpretation).

One thing I have noticed about No 3: It is stylistically a bit different from the others in terms of the use of echo (almost to the point of irritation), and at some points plays like it could be opera - The lead in to the recapitulation sounds to me like dialogue recitative, and when I play it I'm irresistably tempted to try to bring that out.

As for my favourite Mozart concerto, I'd be torn between the violin and viola Sinfonia Concertante and the C minor piano concerto (which happens to have an SMD tune as the main theme of its last movement). But of the two, only the first is remotely a violin concerto.

August 27, 2021 at 10:12 PM · You are right, number 3 is more operatic than the others. The solo part often sounds like a conversation. I also adore the second phrase at the very entrance where the phrase keeps getting longer and longer. There is certainly nothing wrong with bringing out the recitative (or conversational) character.

The adagio is a wholly different thing though. "As if dropped from heaven" as Alfred Einstein put it.

BTW: A repetition does not always have to be an echo. In some situations it is better to play the repetition with a little more emphasis as if to say "I really mean it".