July 20, 2021, 11:21 AM · In an effort to promote the coverage of live violin performance, Violinist.com each week presents links to reviews of notable concerts and recitals around the world. 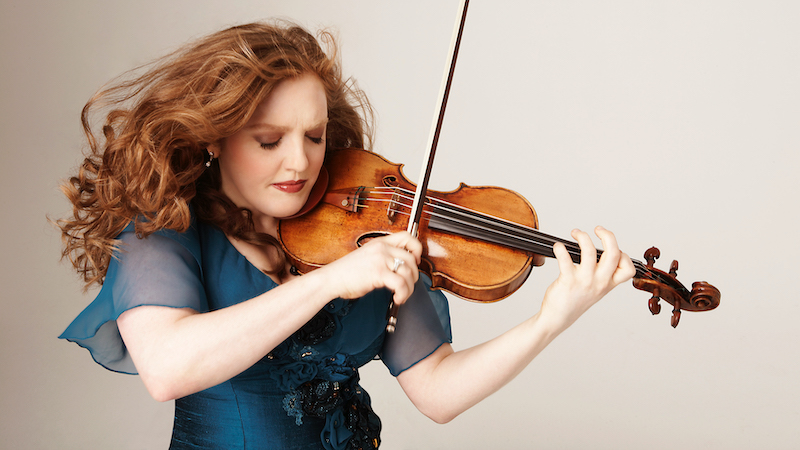 Rachel Barton Pine performed Prokofiev Concerto No. 1, filling in at the last minute for Midori, with the Chicago Symphony at Ravinia.

Gil Shaham performed Mozart Concerto No. 3 with the Boston Symphony at Tanglewood.

Hugo Ticciati performed "The Patience of Trees" by Dobrinka Tabakova with Manchester Camerata.

To submit a review for possible inclusion in "The Week in Reviews" please e-mail Violinist.com editor Laurie Niles, and be sure to include the link.

July 20, 2021 at 06:24 PM · Rachel Barton Pines was gracious in accepting the challenge of substituting for Midori. However, the quotes from the reviews you post here do not fully reflect the reviews she received. Apparently parts of her performance were a bit rocky, undoubtedly reflecting the lack of any rehearsal she received prior to performing.

You do a disservice by slanting your reportage in this manner. Should Ms Pines even have agreed to perform such a piece without a rehearsal? That is the true issue here. I think not.

July 20, 2021 at 08:13 PM · Jeffrey the link is there so you can read the full review. I don't apologize for focusing on the positive in this roundup of reviews - the service is in providing you the link to all the reviews, which you can delve into as much as you wish.

July 20, 2021 at 08:53 PM · I think what this series makes most clear is how difficult it is to write good concert reviews. "Absence of rhetoric' (someone else calls the same performance "eloquent"...), "webs of gold"? What is this even supposed to mean?

July 20, 2021 at 11:34 PM · "Pine did not disappoint. She was a more-than-worthy substitute..." is one reviewer's assessment, in an article titled "A superb violinist sub." The other reviewer writes that "Rachel Barton Pine, the virtuoso violinist who filled in for the indisposed Midori with just a few hours of advance notice...aced Prokofiev’s fiendishly difficult 'Violin Concerto No. 1.'" Sounds as though her choice to tackle the challenge was well-received by at least two knowledgeable audience members.

July 21, 2021 at 02:42 PM · I'm not sure that absence of rhetoric is what you want in Mozart 3 - The link before the 1st movement recapitulation is plainly dialogue recitative, and I don't see what would be wrong in bringing that out.

As regards Rachel Barton Pine, whatever the deficiencies may have been, she won't have done to Prokofiev 1 what Beethoven forced Clement to do to his violin concerto, or what Albert Coates did to Elgar's cello concerto!

July 21, 2021 at 06:21 PM · How wonderful to read about live performances again! Thank you, Laurie, for providing this incredible coverage. I particularly loved reading The Berkshire Edge describe how Gil Shaham "shines his happy light on everybody." He certainly did that for us last summer in Gilharmonic on violinist.com.

As from ~ Elisabeth Matesky in Chicago #7

I just wrote a lengthy Reply to have it disappear on RBP & the CSO. I will be back to reply with knowledge of the Prokofiev Violin Concerto No. 1 in D Major, which has been a part of this Violinist's Violin Concerti Repertoire since private artist studies of this Genius Score with Master Interpreter of Sergei Prokofiev's First Violin Concerto, Nathan Milstein, re NM Bowing's; Fingerings & alternate fingering's; Sound Colour's for various Themes in the opening 1st Movement; Musical Ideas in even the Second 'Speed of Light' Tempo bedeviled Scherzo Movement, and an ethereal Prokofiev near delusional hallucinational Third & Final Movement 'Ode' coming to a close of Prokofiev's musing's ~

Thank You to Laurie Niles for keeping this Subject Open as I had written 5 paragraphs which violinists would otherwise not ever know about re Nathan Milstein's coloured intonation and eerie insights into his Friend, Sergei Prokofiev's, and I quote my great violin mentor, Nathan Milstein's words, 'Epic Score'!

~ Yours musically from Chicago ~

As from ~ Elisabeth Matesky Reply #7 Above now #8

I was most impressed with your balanced view of the Media Headlined performance 'reality' and plan to return much later Thursday, 7.22.21 to address your obvious familiarity w/Sergei Prokofiev's First Violin Concerto intriguing observations!

Perhaps it should read, "... even the critics."