Noa Kageyama: How Violinists Can Avoid Choking Under Performance Pressure

For performance psychologist Noa Kageyama, author of the popular Bulletproof Musician podcast and blog, these questions are at the heart of his life's work. A violinist with degrees from Oberlin Conservatory of Music and The Juilliard School as well as a PhD in psychology, Kageyama is a member of the Juilliard faculty and a performance coach for the New World Symphony in Miami. He specializes in using sport psychology principles to help musicians perform up to their full abilities under pressure, conducting workshops at top music institutions all over North America. 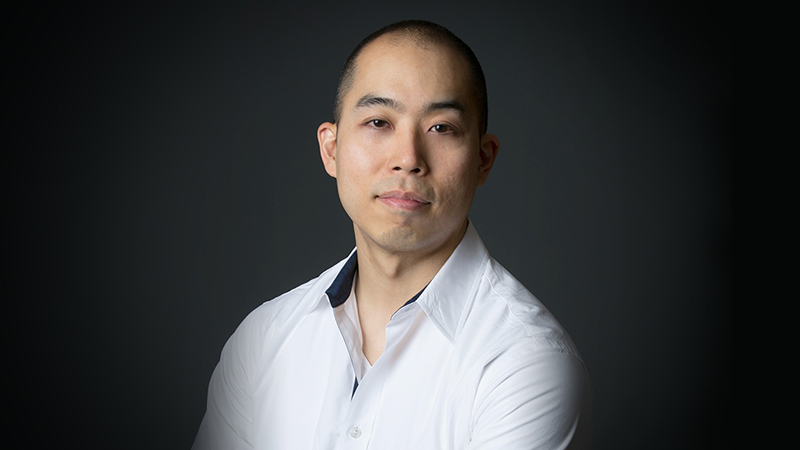 In June, Kageyama led a workshop at the Starling-DeLay Symposium on Violin Studies that focused on what causes performers to choke under pressure, along with a few strategies for becoming more "pressure-proof."

"I noticed this pretty early on: I would have these great days, and then I would have not-so-great days," Kageyama said about his own experience performing on the violin. And when it came to the bad days, they could range from not-great to something that felt catastrophically horrible.

In trying to figure out why this was the case, Kageyama made a rather surprising discovery: that beyond practicing enough to be well-prepared, "more practice" made very little difference, when it came to choking under pressure or not.

"Sometimes I'd practice more and sound worse," Kageyama said. "Or I would practice less and sound better. None of this made sense."

That is when he took a sport psychology class at Juilliard with Don Greene, and "it was pretty transformative." He learned about mental training as well as the difference between learning vs. performing, which are "two overlapping but unique challenges."

"Choking" is a phenomenon that affects even Olympic gold-level athletes. So why do athletes and musicians "choke," when they are top-level performers, as well-prepared as anyone could ever be?

Overthinking: Of course, everyone knows how to walk across a room. But what if you are asked to walk across the room, in front of a live audience of 100,000 people? You might suddenly start overthinking and forget exactly how to swing your arms. Walking is an automated skill, something you've learned to do so well that you don't think about it any more. When still learning to walk, or learning to do any other skill, you use the "prefrontal cortex" part of the brain because "there is need for conscious analysis." But once a skill is automatic, it goes to the "cerebellum" - a place in the brain without conscious access. The problem happens when we start to consciously monitor those automated skills - there is no conscious access to that script that the cerebellum is running, and it puts the brain at odds with itself. You start thinking about walking, and all of a sudden you find yourself wondering how exactly to walk!

Distraction: This happens when you are performing but then start thinking about things unrelated to the execution of the performance: worrying about having a memory slip, worrying about a difficult passage, beating yourself up about the past, wondering what the audience is thinking, or even fantasizing about what you'll have for dinner after the performance. "That increases the chance that something will go wrong," Kageyama said. He showed us a video of a professional pickpocket who was a master of distraction. His targets were surprised to find he'd "stolen" a half-dozen things from them because he had manipulated their ability to focus. "We are not really as good at multi-tasking as we think we are," Kageyama said. Getting tangled in distracting thoughts can make you lose track of what you are really doing.

How the Brain Works

Learning something like playing a piece (or swinging a golf club) involves a three main brain stages, and it's helpful to recognize these stages, and how much brain power you need at each level.

Here are the stages:

"The challenge with the autonomous stage is that, because your brain knows it is not fully needed, it tends to wander," Kageyama said. Therein lies the "choking" risk for high-level athletes and musician. When performing at this level, it's important to focus only on things that will help, not to let the brain overthink, worry or wander distractedly.

For this reason, it's important to have some strategies for reigning in the brain, keeping it in the present and not letting it wander. This is where Kageyama offered three specific ideas for musicians:

How do put this all into action? One way to practice the performance mindset is to record yourself. When you are practicing effectively, you are not just performing but you are also constantly self-monitoring, self-evaluating and problem-solving. When you are performing, the goal is to let go of those critical functions and just perform. If you record yourself, you can delegate all the evaluation work to future-you, who will look at the recording later. That frees you to just perform. "The challenge is flipping the switch from effective practicing to effective performance." Recording, in effect, allows you to practice the flipping of that switch.

Kageyama had a couple of other exercises for practicing attention control:

Be Here Now: Play as long as you can, until a distracting thought pops into your head. As soon as it does, then stop playing. What was the thought that interrupted? This kind of exercise can help you build awareness of what thoughts are trying to intrude on your performance.

Get Back Here: Practice with active distraction - Kageyama showed us a video of the Muppets singing a number from Carmen while we tried to perform a different task - I can't remember what it was - I just remember it was hard to do!

To check out Kageyama's thought-provoking work on training to be more effective under pressure, visit his website at Bulletproof Musician, where you can also find his podcasts and blogs, as well as other courses and individual training that he offers.