V.com weekend vote: Who is your favorite American composer?

July 2, 2021, 11:03 PM · Here is a weekend vote to entertain you and prompt a discussion of American composers, on this July 4th weekend, when we celebrate Independence Day in the United States. 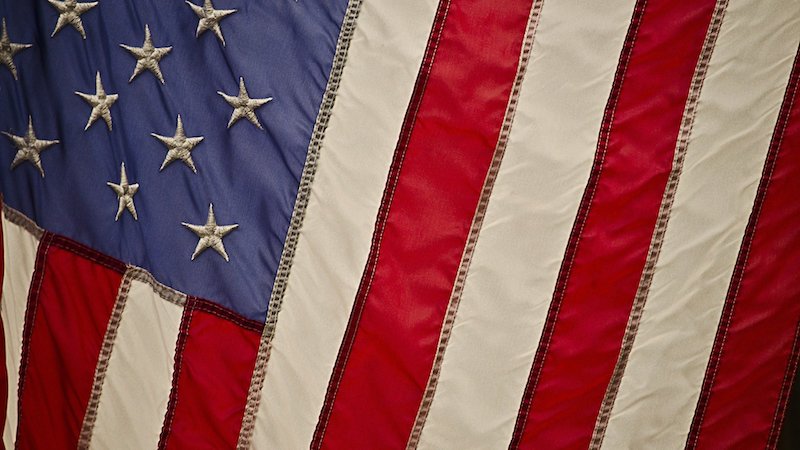 I'm very aware this list does not represent every American composer there is! So I invite you to participate in the vote, choosing the one that most closely aligns to your tastes and then please share your thoughts (as well as your "real" favorite if it is different from this list) in the comments.

Below I've compiled videos, one for each composer represented in the vote. They are in alphabetical order. I hope you can enjoy the pieces you know, and learn a few new ones! (To leave a comment just scroll way down.)

Cynthia Erivo performs "Somewhere" from Leonard Bernstein's West Side Story with the National Symphony Orchestra in 2017:

Scott Joplin's Maple Leaf Rag, 1908, played by the composer, as preserved by a Pianola roll:

How do you pick a John Williams piece, when he wrote the music for Star Wars, Harry Potter, Schindler's List, and so many other movies? I picked my favorite: Anakin's Theme:

July 3, 2021 at 06:47 AM · I hate picking favorites, because there are a whole bunch of composers I love and my favorites change all the time. Right now I'd say my top three are Samuel Barber, Florence Price, and Henry Holden Huss. Ask me in a week and I'll have a completely different top three. Every single name in the poll has been in my top three at some point.

July 3, 2021 at 06:52 AM · I chose John Adams, whose music I very much enjoy, but my greatest favourite American composer is still Charles Ives... quintessentially American and uncompromisingly original.

So, you know I hate these types of questions. I love too many of these composers. I fell in love with Barber playing Adagio for Strings in high school. It’s still one of my favorites. I loved playing Hoedown from Copland in high school. That was a lot of fun at the time and brings back fond memories. How can I not long the breadth of Gershwin and the way he molded both classical and popular together to create memorable pieces. He is one of the first great American songwriters. John Williams? Oh my goodness I could choose him simply based upon the time I spent in theaters enjoying his soundtracks, much less his other works. I got it down from ten to four. Did I pass?

OK, I voted for Gershwin? Based upon the fact that the poll is being taken on Independence Day Weekend, I would have to include the concept that the composer best emoted music of America as one of my determining factors. I might remove Barber and Williams under that new determining factor. But I might have to include Joplin as he was instrumental in creation of American Jazz. All in all, I stand by by Gershwin vote as he also had his pen squarely in the American experience.

July 3, 2021 at 01:49 PM · All of the above and more. I subscribe to the musical theory of: "If it sounds good, it IS GOOD!" While we string players tend to be identified with "Classical" (as the broad definition of everything from Renaissance to Modern chamber and orchestral).

Music is human, we all "Sing" play instruments, et cetera. Music, by my definition, is the language of emotion that communicates that which spoken and written language cannot accomplish.

If it sounds good, it is GOOD! No real favorites for me. There is so much I have yet to hear.

July 3, 2021 at 03:18 PM · I voted for John adams, who I genuinely like a lot. I've often been disappointed in myself as an American patriot who tends not to like American classical music and composers nearly as much as I love the Europeans. I do very much like Charles Ives, my true favorite American composer, though he's not on the ballot here.

I tell my friends (truthfully) that I'm all classical now and don't like rock anymore -"but I allow a few hundred exceptions." Because my favorite artist, in the heart if not the head, is Jerry Garcia, and my favorite of his bands is the Grateful Dead, who were so good that I forgive their use of electricity in music. The GD were unlike the other rock bands because they had so much roots in diverse American music, from blues and rock-n-roll to jazz and bluegrass. There was an anthropological and historical dimension even though they were also of their own time and place.

When it comes to American music, I prefer Willie Nelson and Emmylou Harris etc over the classicists. And what could be more American AND artfully authentic than John Lee Hooker? Also Willie Dixon was a great songwriter who lay some of the great foundations of American popular music (and it's reflection in the "British Invasion").

It may be that Monteverdi is coming to rival Jerry Garcia as my all-time favorite musician, but youthful memories of many GD and JGB concerts -and knowing no Italian-- seem to be keeping Monteverdi a little in the shadow of Jerry, probably appropriate for me as an American.

July 3, 2021 at 03:28 PM · I considered Bernstein, ended up choosing Gershwin. But my favorite is Amy Beach. I wonder why she is missing on the list.

Edit: Turns out I am already the second who prefers her.

July 3, 2021 at 03:35 PM · My favorite American composer was not on your list. John Corigliano. His writing for the violin is wonderful and he has created many fine pieces that deserve to be explored.

July 3, 2021 at 03:53 PM · So hard to pick a favorite, because I like different American composers for different reasons. I could name right away some pieces I admire by most of the composers in the poll -- Barber, Bernstein, Williams, Gershwin, Copland, Joplin. Two other names, not on the list, come to mind -- Virgil Thomson and Richard Rodgers.

July 3, 2021 at 11:59 PM · Fritz Kreisler and Sergei Rachmaninoff, both of them became naturalized US citizens, are my favorite "American" composers.

July 4, 2021 at 04:16 AM · Yeah, difficult to choose just one. I chose Bernstein because his music is most personally meaningful to me.

July 4, 2021 at 02:42 PM · By the logic of imported citizens, I would choose Igor Stravinsky as one my favorite "American" composers. But I love Bernstein and Charles Ives. Surprised Ives is not on the list.

Gershwin and Copland just don't do it for me for some reason. J

ohn Williams can write some stirring themes and set emotions to music, as well as lift or "borrow" with the best of them classical music themes for his own purposes. He is a master at orchestration. But no, I don't consider him a great composer in the sense of lasting original statements in music. What he does though, he does better than anybody.

July 4, 2021 at 04:14 PM · Gershwin:-- One of the best ears for harmony/theory ever. He was another composer who died too young, right after Porgy and Bess and the piano concerto. Genre-buster. And of equal importance, part of the cultural integration of this country. Three institutions really started the healing process: Truman's re-integration of the military, Jackie Robinson and the Dodgers, and the performing arts: Gershwin's Porgy and Bess, Jerome Kern's Show Boat, John Hammond's putting together the integrated Benny Goodman Band, Nat King Cole on TV.,...all that and more happpened well before the Civil Rights legislation of the late '60's.