June 20, 2021, 11:14 PM · Musicians and Baroque music lovers around the world are remembering violinist Jeanne Lamon, whose energetic leadership helped build Toronto-based Tafelmusik into one of the world's leading Baroque ensembles during her tenure as Music Director from 1981 to 2014. Lamon, who had been recently diagnosed with cancer, died on Sunday at her home in Victoria, B.C. Canada, at age 71, according to a statement from Tafelmusik. 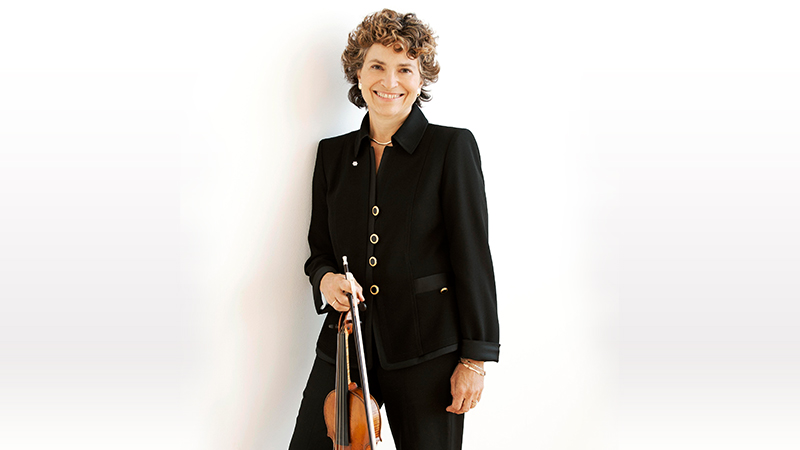 "Lamon’s inspired leadership, passionate dedication to artist training, and commitment to the values of collaboration, inclusion, and artistic excellence shaped Tafelmusik over the course of her remarkable 33-year tenure," the statement said. "It is no exaggeration to say that Tafelmusik would not be the organization it is today without her passionate dedication during her tenure as Music Director," said another Tafelmusik statement on Facebook. "Jeanne was an extraordinary person and we will never forget her generosity, integrity, collaborative nature, and sense of humour. Though Jeanne’s passing will leave a huge void in our hearts, we are comforted by the knowledge that her spirit will continue to vibrate through our music."

Born and raised in New York State, Lamon started violin at age seven, later studying at the Westchester Conservatory of Music with Editha Braham and Gabriel Banat. She earned her Bachelor of Arts in Music degree at Brandeis University, where she studied with Robert Koff. A pioneer in the period performance movement, Lamon started embracing Baroque violin as her specialty in the early 1970s, when she went to The Hague to study with Sigiswald Kuijken. Over the next dozen years she served as concertmaster of many period orchestras in both Europe and North America, including Il Complesso Barocco, Boston Baroque, Studio de Musique Ancienne de Montréal, and The Smithsonian Chamber Players of Washington. In 1980, Lamon was invited to Toronto by Tafelmusik’s founders, Kenneth Solway and Susan Graves, and she was appointed Music Director in 1981.

"Jeanne was an amazing and gifted leader who greatly inspired me and many colleagues around the world," current Tafelmusik Music Director Elisa Citterio said. :She remains and will always be an integral part of our wonderful organization because we are the fruit of her tireless passion and tenacity. We are heartbroken to have lost her, but the memory of her smile, laughter, and unbridled creativity will console and uplift us. Jeanne lives on in our music, and every note that Tafelmusik plays will be dedicated to her memory."

Over her long career Lamon received many awards, among them the Order of Canada and the Order of Ontario. In 2013, Henry N.R. Jackman dedicated a $1 million gift to the revitalization of Tafelmusik’s home venue at Trinity-St. Paul’s Centre, which was named "Jeanne Lamon Hall" in her honor.

Before moving to Victoria with her partner, Tafelmusik cellist Christina Mahler, Lamon served as Artistic Director of the Health Arts Society of Ontario, an organization dedicated to providing seniors in long-term care and retirement homes with quality concerts.

BELOW: Here some Tafelmusik performances that featured violinist and director Jeanne Lamon.

June 22, 2021 at 07:49 PM · I was saddened to read about the passing of Jeanne Lamon. With Tafelmusik she did so much to spread the joys of baroque music. Since I'm turning 71 myself in a few days, it's a reminder for me to get out and make as much music as I can.

Many thanks for that Galileo Project clip. We were lucky enough to see it performed live; it was a truly magical evening. I'll dig out the DVD I bought of the performance and watch it again in her honour.