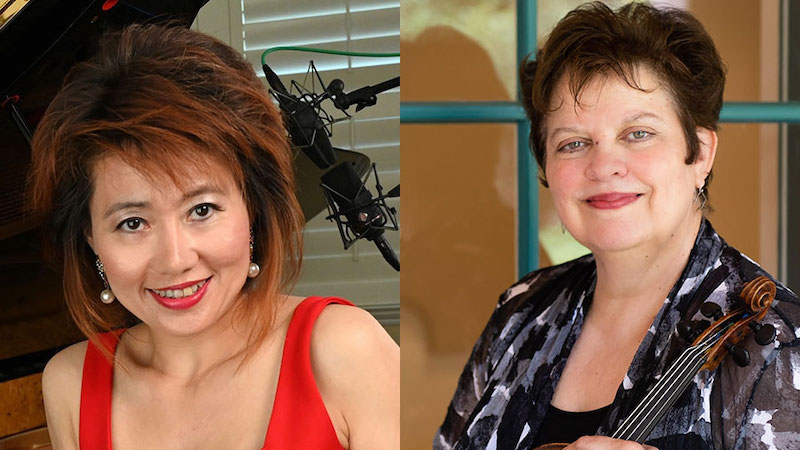 Qu, who is a faculty member at Colburn Community School of Performing Arts in Los Angeles, will serve as a full-time instructor of violin at Interlochen Arts Academy. An active performer, Qu has soloed with the Los Angeles Philharmonic and National Orchestra of China as well as many other orchestras around the world. She began her studies with Wang Zhen Shan at the Central Conservatory of Music in Beijing and went on to study with Alice Schoenfeld at the University of Southern California, then earning her bachelor's degree at the Curtis Institute and master's degree The Juilliard School.

Fleezanis will serve as visiting faculty for creative orchestral studies at the Academy for the 2021-22 school year. An experienced teacher, Fleezanis has taught at a number of top musical institutions, including Indiana University, University of Minnesota's School of Music, the San Francisco Conservatory and more. She also made history as the second woman to hold the title of concertmaster in a major U.S. orchestra when she was appointed to the Minnesota Orchestra in 1989. A number of works have been commissioned for Fleezanis, including the John Adams Violin Concerto and Ikon of Eros by John Tavener. She is a graduate of the Cincinnati Conservatory of Music and the Cleveland Institute of Music.

"Tina and Jorja are world-class teaching artists and we are thrilled to welcome them to our Music Department," said Enrique Márquez, director of music at Interlochen Center for the Arts. "Our students will benefit immeasurably from their wealth of experience in teaching and performing and their global perspective."

During the 2021-22 academic year, Interlochen Arts Academy string students also will have the opportunity to work with several renowned guest artists, including violinist Rachel Barton Pine, the Brentano String Quartet, and the Ying Quartet.