June 15, 2021, 11:59 PM · Violinist Tai Murray will join the faculty at the Yale School of Music, where she will begin this fall as full-time assistant professor, adjunct, of violin, teaching applied violin and coaching chamber music, according to an announcement Monday. 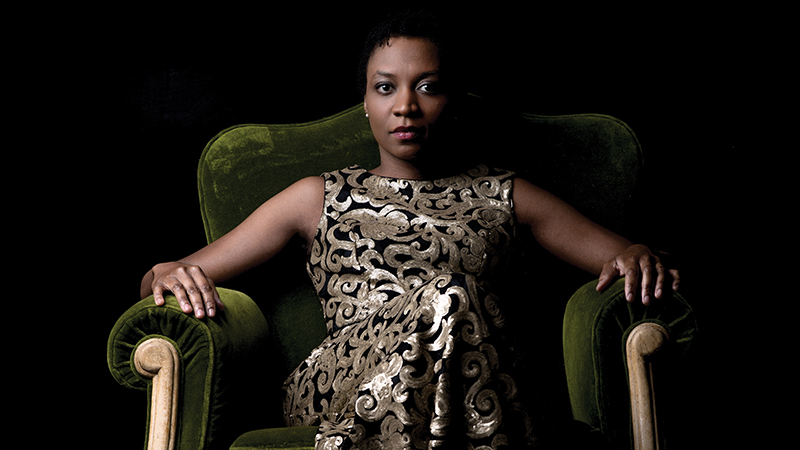 "Like many of our performance faculty, she will remain active as a concert artist both in the United States and abroad," said YSM Dean Robert Blocker.

"I am ecstatic to join the YSM family," Murray said on her Instagram page.

A regular recitalist and soloist with major orchestras around the world, Murray received an Avery Fisher Career Grant in 2004 and was BBC New Generation Artist from 2008 through 2010. A 2012 recipient of the Sphinx Medal of Excellence, she was first-place Laureate of the inaugural Sphinx Competition in 1998. Murray earned artist diplomas from Indiana University, where she studied primarily with Yuval Yaron, and The Juilliard School. She has made several recordings, including the Ysaÿe Violin Sonatas (2014); The American Scene (2014), and Bernstein’s Serenade (2014).

Murray plays a 1765 Tomaso Balestrieri violin, on loan from a private collection.

BELOW: Tai Murray plays "Aurora" from Ysaÿe Sonata No. 5, from a live performance at Ilumina Festival 2017:

June 16, 2021 at 02:57 PM · Congratulations to violinist Tai Murray on her appointment to the YSM faculty! I look forward to hearing her recitals in Sprague Hall, where I will be in audience!