Especially when the performers are violinist Augustin Hadelich, with pianist Orion Weiss, whose Monday recital was part of the Philharmonic Society of Orange County's spring series at the Irvine Barclay Theatre. 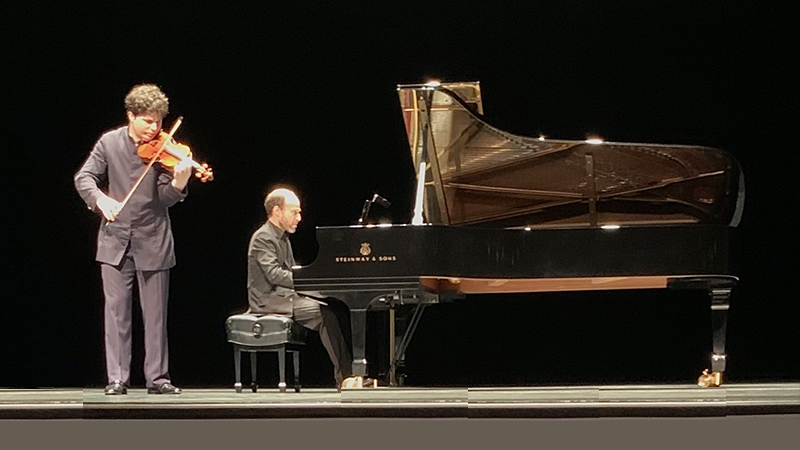 For me, this was the first live performance I'd seen since the start of the pandemic, after more than a year of seeing everything on a screen. What welcome a treat! And I wasn't the only person to drive from afar - while walking into the concert I immediately ran into Terri and Jerry Kohl - two people whose generous financial support has greatly helped keep classical music and musicians in Los Angeles going during this pandemic.

It's also worth noting that this recital took place on the evening just before California's much anticipated June 15 "reopening" - just hours before the lifting of a great many restrictions. In compliance with the rules still in place, most people wore masks, and the hall held just 170 people - a fraction of its 700-person capacity. But a feeling of imminent freedom pervaded: most of us are immunized and could have safely thrown off the masks right then. And in a little more than a week, this very hall will be able to welcome an audience three times as large, filling 500 seats for its next concert.

Live music is here, and it's about to make a big comeback.

And while artists like Hadelich generously created performance videos for us to watch during the pandemic, like his Hadelich at Home series, there is nothing quite like seeing and hearing him play live.

On Monday, Hadelich and Weiss showed just how thrilling it can be to watch such precision players, in person.

The highlight of the evening was Beethoven's "Kreutzer" Sonata, which in their capable hands was both virtuosic and revelatory. Its famous opening chords were impeccably in-tune and unstrained, as if playing on three or four strings at once doesn't really require much extra effort. The Presto that follows was extraordinarily fast -- with string-crossings becoming a blur of motion - but somehow never frantic. At that speed, the piano is extremely busy, ripping off octaves right and left - so much motion! But just as impressive were the moments of stillness, when Hadelich and Weiss seemed to bend time and hold the moment - while those of us in the audience held our breath. (Unlike watching on a screen -- as part a live audience, you can feel it when everyone is holding their breath, and you can also feel the intrusion, when someone's watch beeps!)

The second movement's variations were also a high-precision, high-speed, high-wire act - but so elegant, and flowing with natural and inevitable direction. All those notes are decoration, and that was clear. Hadelich and Weiss were so connected and coordinated with one another, I'm pretty sure that even their trills were exactly synchronized. The third movement is a flurry of notes, but again, it never felt like a chase -- more like a couple of highly skilled race car drivers, simply navigating everything at 150 mph. And despite all those notes flying, the melody always emerged with clarity on either instrument.

Earlier in the program was "Road Movies," a delightful piece by John Adams, inspired by driving a car. The first movement, "Relaxed Groove," is full of rhythmic complexity, with syncopation, a lot of intentional hiccups, and the piano ever-rumbling beneath. If it is a little bit "minimalist," it's not the variety that would put the listener in a trance, or frankly in a "groove"! The second movement "Meditative," required Hadelich to tune the G string down to an F - a little bit of scordatura tuning that provided new possibilities for double-stops and harmonics on the instrument. This movement actually was rather hypnotizing, with a bit of tone painting and rhythmic layering. The last movement, "Finale. Presto," was an absolute whirl of notes - a thrill-ride obstacle course full of very fast gestures. Of course, these guys nailed it.

The recital actually opened with the Debussy Sonata in G minor, which was a great vehicle for showing Hadelich's ability to draw a gorgeous tone from his violin (the 1744 "Leduc, ex-Szeryng" del Gesù, on loan through the Tarisio Trust.) Both artists were exceptionally present in every moment - especially in the third movement, where every tempo, mood, rhythm and dynamic can suddenly turn on a dime. They also played Sarasate's "Romance Andaluza" from Spanish Dances, Op. 22 - full of Spanish style and gesture.

They played the entire program with no intermission, then for an encore they performed Eddie South's Black Gypsy, which brought to mind a sultry summer day, alternating between slow singing and fast fiddling. A wonderful piece - someone needs to publish the sheet music! 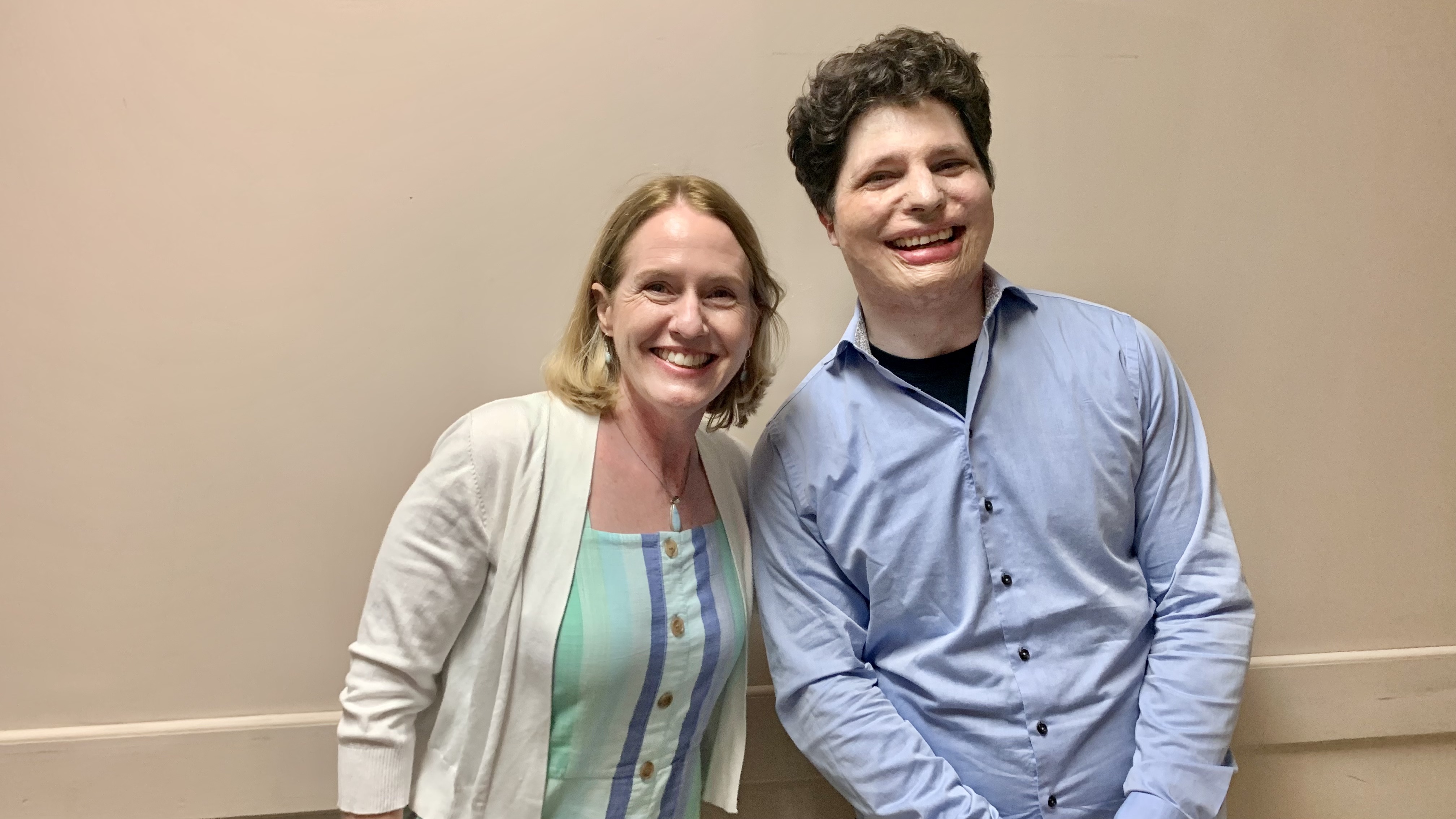 June 21, 2021 at 05:35 AM · Augustin was wonderful. His playing seemed so deliberate, like he has pondered every single note, rather than only the lines and phrases. His sound was very sweet and full. With the Brahms, he captured a strong feeling of nostalgia throughout, which I thought was fitting. The only downside was that he was pretty quiet from where I was sitting, but I think that might have just been due to me being towards the back of the hall. I have only attended 3 violin concertos in my life including this one, and two of those times I have felt that the solo violin was a bit hard to hear (and both of those times the players were using Guarneri Del Gesus). This was a shame, since I could tell that if I was in the right physical position, my ear could have much more effectively captured the great dynamic contrast that he imparted throughout! But despite the volume, it was very enjoyable and it's really something to witness a level of musicality that's so much above my own.