June 10, 2021, 5:21 PM · The Yale School of Music announced Thursday that violinist Augustin Hadelich will join its violin faculty in fall 2021. 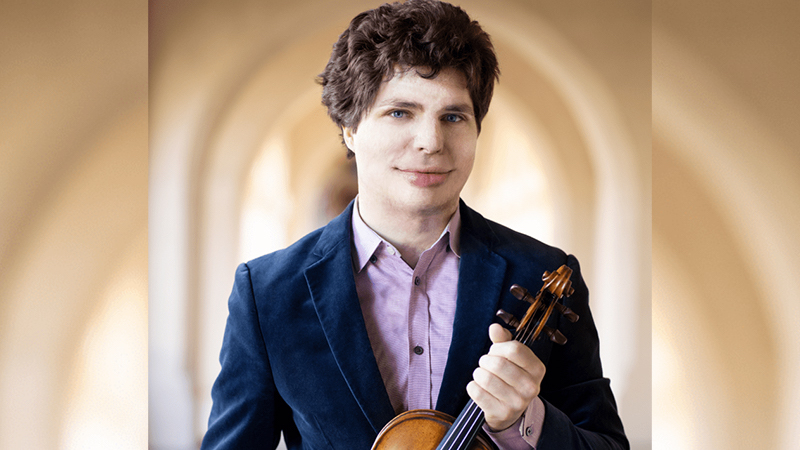 Hadelich will work initially with four students while offering master classes to all YSM violinists and string players.

"I am excited to join the faculty of Yale School of Music this fall and look forward to working with YSM’s talented students," Hadelich said. "I hope to pass on to the students what I have learned in my performing career and know that they will in turn inspire my own practicing and performances around the world."

Gold-medal winner of the 2006 International Violin Competition of Indianapolis, Hadelich was born to German parents and grew up on a farm in Italy. He is now an American citizen. He is a winner of the Warner Prize in 2015 as well as a 2016 Grammy for his recording of Dutilleux's Violin Concerto. He also was Musical America’s Instrumentalist of the Year in 2018. He also was awarded an Avery Fisher Career Grant in 2009 and a Borletti-Buitoni Trust Fellowship in the UK in 2011.

He recently released a recording of Bach's Sonatas and Partitas for Solo Violin, and his other recordings include Brahms and Ligeti Concertos (2019); Bartok #2 and Mendelssohn Violin Concertos (2015); Echoes of Paris (2011) and more.

Hadelich earned his Artist Diploma from The Juilliard School, where he was a student of Joel Smirnoff.

Hadelich plays the violin "Leduc, ex-Szeryng" by Giuseppe Guarneri del Gesù of 1744, generously loaned by a patron through the Tarisio Trust.

June 13, 2021 at 02:14 PM · I look forward to studying Maestro Hadelich from afar, or, more exactly, from the audience seats in YSM Sprague Hall. Looking forward to his faculty recitals and other concerts at YSM open to the public!