I know this well, because with little or no reviews, I paused the longstanding Week in Reviews column on Violinist.com, our the weekly roundup of reviews that we'd been doing for more than a decade. Even when musicians started performing more formal online concerts, reviews of those performances were scarce. 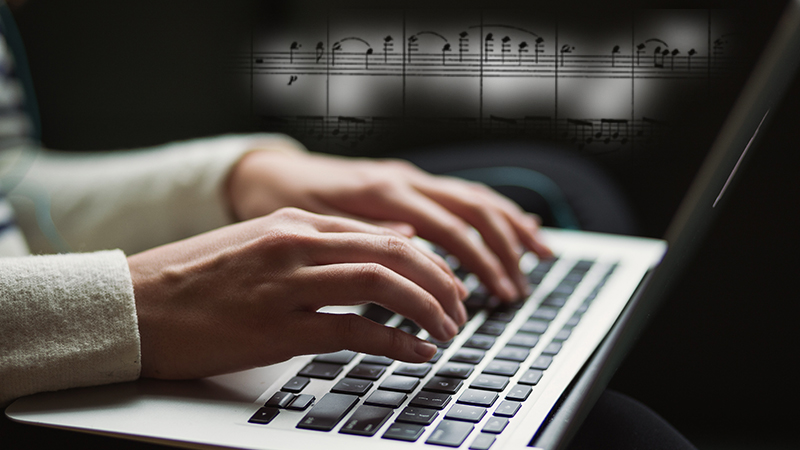 So I found it heartening when, on Monday, I read one of the first high-quality classical reviews that I've seen in the last year: a review by John von Rhein of violinists Paul Huang and Danbi Um's North Shore Chamber Music Festival recital Saturday with pianist Amy Yang. (Click here to read it. Also, you can still see the livestream of that concert here.)

You might wonder why I find this review so momentous. Does a written review of a concert even matter, in this day and age? Newspaper journalism has been on the decline for many years, and the classical reviewer -- heck, even just the arts reporter -- was a position that many newspapers eliminated with little hesitation. These days (or at least in the days before the pandemic), reviews in papers and magazines are most often done by stringers, paid by the article on an irregular basis. Many of the country's finest arts reporters have been relegated to stringer status, if they even chose to stay in the field. Others write for speciality websites.

Saturday's concert allowed just 25 seats for in-person viewing, and one of those precious seats went to von Rhein. Apparently the event's organizers (who happen to be the well-known violinist Vadim Gluzman and pianist Angela Yoffe, a married team) prioritized the presence of a knowledgeable reviewer at the concert.

There are some good reasons for doing so. For one, our art does not exist in any real way, unless people pay attention to it. For people to pay attention to something, they need knowledge, context, excitement - even affirmation. Marketers will spend considerable time and money to get people to come to a concert, then once the concert is over, they move straight to the next one. But for the people who attended the concert, a review gives affirmation that the event was worthy. Ideally, it reminds them of what they witnessed, adds more context and knowledge, and provides a viewpoint. They might not agree with the view presented, but it fosters a conversation that can continue.

I can remember attending the numerous concerts and recitals that happened in Bloomington, Indiana, when I went to Indiana University. My arts journalism teacher, the prolific writer Peter Jacobi, wrote about nearly every concert, and I always wanted to read what he had to say. I didn't really care whether I agreed with him or not - I just wanted to tap into his enthusiasm, the consistency of his voice, and his knowledge of both the music and the community in which the music was made. His consistent coverage helped affirm the importance of the classical music scene in that community.

Of course, he was the real thing, as is John von Rhein.

We all know about the existence of bad classical music coverage and bad-faith, downright ignorant music criticism. There's the old saw, "Writing about music is like dancing about architecture." When a writer has no real love or knowledge of classical music, no connection with the community, no sense of the history, a poor ability to write - then it becomes a useless and even harmful exercise.

What could be worse than that? Well, silence is worse.

If we are wise, we will recognize that the conversations around our classical music events are as important as the events themselves, when it comes to building an enthusiastic community for classical music. It's time to start supporting and training those who would lead those conversations, to bring quality arts journalism back into the mix. When done well, writing about music is an art in itself. As we rebuild from this pandemic time, we need to support existing arts journalists and also to train a new generation in this art.

April 14, 2021 at 01:33 AM · I agree that arts journalism is valuable. Part of the challenge is that the media that traditionally hire critics (most notably newspapers) have experienced crippling reductions in staff, as well as consolidation of smaller markets, which dilutes local reporting. Where will critics turn for employment then? Just out of curiosity I searched cnn.com (for about 5 minutes) for classical music reviews and didn't find any.

April 14, 2021 at 09:23 PM · I miss the observations and insights of knowledgeable folks like Henry Roth. We had a fabulous music critic at The Miami Herald. Sadly, James Roos passed away long ago. He was a violinist who had studied with Victor Aitay in Chicago. I would look forward to reading Mr. Roos' post-concert reviews of all the great violinists that performed in Miami. All the giants would stop in Miami during the winter season to play and soak up the rays.

Bravo! (that is my review of your article)

Of course, classical music reviews and reviewers have traditionally been a target of criticism, but in a unique manner they increase the education and appreciation by listeners and musicians - with words and ideas.

As our society slowly comes back to something more normal (as it seems to be doing and as I hope it is doing), let us continue to seek, read, and contribute the written word to the unique art form of music, an art form that has captured the talent, imagination, creativity, expertise, and indeed genius of musicians, audiences, and reviewers alike for hundreds of years.

April 15, 2021 at 03:08 PM · Probably the only useful criticism is from completely independent critics (aka bloggers), as anything connected to a publication is usually incredibly puffy and deferential, and not particularly critical and insightful. Of course, going the blogger route, does the blogger actually know what they are talking about, or are they some random schmoe that likes to hear themselves type?

I think when there is such a limited ecosystem of criticism, the critics that do exist tend to try and get too chummy with the talent, or maybe just living in flyover country, anyone loses high standards, as they are just hungry for any kind of music-making and don't have enough data points to really separate the good from the bad.

Most of what you find by googling an artist is propaganda from their own marketing teams, and due to the SEO, it gives the impression that thoughtful criticism simply doesn't exist; but we've been a marketing culture for ages.