Why 'More Advanced' Is Not the Same as 'Better'

March 10, 2021, 1:45 PM · Recently one of my students was trying to figure out what to do for an upcoming school talent show. She suggested all kinds of ideas, except for a rather obvious one.

Considering that I'm her violin teacher, I suggested, "Why don't you play the violin?"

She made a face. "Well," she said slowly, "there are some other kids in my class that play violin, and they are playing more advanced pieces."

When I asked a little further, the kids were apparently several pieces "ahead" of her in the Suzuki books. From my perspective, basically the same level. But I could not dismiss what she seemed to be saying: "Everyone else is 'better' than me and I'll be embarrassed."

Haven't we all been there?

When learning the violin or any other instrument, it's important to follow some kind of "progressive" repertoire, a progression that allows one to start with easier techniques and build to more difficult ones, mastering each step along the way. That means that there will be Book 1, Book 2, etc. So it's easy to fall into the trap of believing that a player who is "more advanced" in that progression is somehow by definition "better."

But it's a flawed concept.

When we're looking sideways, sizing each other up, seeing if we measure up, we often forget something very important: why we create music in the first place. The best musical performances are the ones in which the music connects with the audience, when it moves people emotionally, when it expresses feelings that can be expressed no other way. It does not matter what "level." 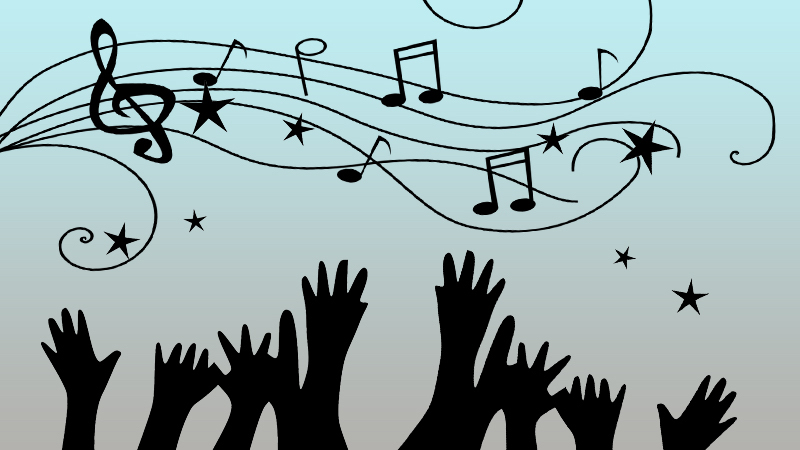 In fact, fundamentally, music doesn't have "levels," it's just music. A baby is not likely thinking, "What 'level' is that lullaby you are singing to me, Mom? I'd be happier if you'd sing one that's 'more advanced.'" The tens of thousands of fans at a pops concert aren't concentrating on "What 'level' is this music?" They are just enjoying it.

It's important to remember that when we perform, we serve an audience. When that audience can feel the spirit of the music and understand what you are communicating, the idea of "levels" melts away.

How to convey this to a young student who was feeling very self-conscious?

"To be very honest with you, there are days when I am more impressed with my Book 1 students than with my Book 5 students," I said, with sincerity. It's absolutely true. I'm thrilled by the Book 1 student who, after figuring out the rather complicated bowing in "Oh Come Little Children," can also pull off a convincing crescendo at the end. Or the Book 3 student who doesn't just learn the notes, but also embraces the idea of "voicing" in Bach's Bourree, and really makes it work. I could name all kinds of ways I'm impressed with a student, at any level. It has nothing to do with the "level" itself.

I told her about being a judge for a competition, in which high school seniors were competing for a college scholarship. About a dozen young musicians played, but I remembered two in particular. One was a violinist, who played a Paganini Caprice - a very "advanced" piece, by anyone's standards, and well "beyond" the Suzuki books. In fact, it was probably the "most advanced" piece of the day. She was extremely stressed, and her performance was thereby stressful to watch. While she played all the notes, the piece clearly stretched her abilities past her comfort zone and did not leave room for expression or enjoyment. Another contestant played cello - among other things, he played the "Prelude" from Bach's Suite No. 1 for solo cello. While I'm not very familiar with Suzuki cello books, I do know this piece - beyond the fact that it is played in concerts by people like Yo-Yo Ma - appears in the Suzuki Viola School Book 5. The student played the piece with complete mastery - it was musical, expressive, in-tune, no technical flaws. Beyond that, he truly gave the whole performance the feeling of a story. I relaxed, sat back, enjoyed the performance. It was very obvious to everyone on the committee, who won the scholarship: the cellist. This was a musician. In this case, "more advanced" was not "better." The violinist received no extra points for choosing a piece that was "advanced" beyond her depth.

So if you want to play in a talent show, here is my advice for getting everyone to forget about "levels": Play something you've mastered, something you enjoy and that you think others will enjoy. Consider your audience and look for ways to make your performance special. Set the stage, wear something nice, maybe even something that fits a theme. Consider briefly introducing the piece by saying something that might connect them to it. Play with a pianist or piano track, if you can. When performing, remember all those special things in the music that make it interesting for you, and dramatize that for your audience. Be a bit of an actor and perform. After the performance, let go of any mistakes made; accept praise from others with grace.

Then go and enjoy everyone else's talents and compliment your fellow performers generously. Because the "best" thing about music is our ability to share and enjoy it.

March 10, 2021 at 08:39 PM · As a returning adult I'm more concerned with things that I can learn to play well than things that will impress some theoretical critic. I play sidewalk and patio recitals for the neighbors during lockdown and it's the "easy" pieces that they love because with my low level of skill I can make them actually sound like music and put emotion into it. Current favorites are "Fanny Power," "Ashokan Farewell," and selections from Suzuki 3.

"In fact, fundamentally, music doesn't have "levels," it's just music. A baby is not likely thinking, "What 'level' is that lullaby you are singing to me, Mom? I'd be happier if you'd sing one that's 'more advanced.'" The tens of thousands of fans at a pops concert aren't concentrating on "What 'level' is this music?" They are just enjoying it."

March 10, 2021 at 11:19 PM · This is such an important lesson, one that I wish I had learned sooner than I did. But I had such performance anxiety when I was younger that it might not have helped. I really feel for that violinist. I wonder what went into choosing to perform that piece. Was she trying to "prove" something to someone such as a teacher or a parent? Or to herself?

March 11, 2021 at 02:17 AM · So much of the student repertoire was originally written as virtuosic pieces for earlier performance practice and have become achievable due to both changes in practice and changes to the instruments themselves. For example, the Bach Bourree Laurie notes in Suzuki book three, is from the Suites for Solo Cello and is a very sophisticated piece musically, which in transcription is relatively technically "easy" to perform on the violin. Many other "set pieces" performed and recorded by great masters are similar pieces of music, where the technical challenge is the musicality the performer brings, not the notes themselves. The recent list of 5 hardest violin pieces from Maxim Vengerov illustrates this very well, they're not Paganini or Sarasate pieces, they workhorses of the repertoire, Beethoven, Mendelssohn, etc and the surprise of "Vocalise".

March 11, 2021 at 02:20 AM · Beautiful article! I had a wonderful teacher (from age 7 through high school) who somehow always magically communicated that everything was about the music (not how difficult it was) and what you personally brought to it. I didn't understand until much later what a valuable lesson that was.

March 11, 2021 at 05:55 AM · Thank you so much for reminding me that the simplest tune can be a source of joy, provided I give it my full attention and the space to breathe.

March 14, 2021 at 05:11 PM · Laurie - your points are well-taken. Whenever someone on this site asks people to advise him/her which piece to play for an audition and lists pieces, there is inevitably at least one that is quite a stretch and one or more that are somewhat less of a stretch. My post in reply is always the same: play the one you are most comfortable playing, even if it is not the most technically challenging. You will come off better doing a great job with something easier than doing a somewhat strained job with the more difficult piece. My $0.02.