February 19, 2021, 9:20 PM · Welcome to "For the Record," Violinist.com's weekly roundup of new releases of recordings by violinists, violists, cellists and other classical musicians. We hope it helps you keep track of your favorite artists, as well as find some new ones to add to your listening! 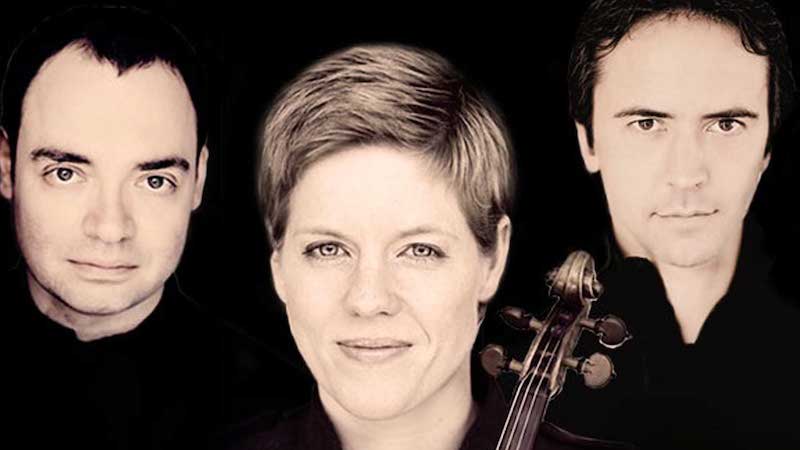 Recorded in Berlin during the pandemic, Isabelle Faust, Jean-Guihen Queyras and Alexander Melnikov performed Beethoven's Triple Concerto using a fortepiano as well as gut strings. "The fortepiano is a strong game changer in this combination," Queyras told The Strad. "It’s much more percussive, lighter and more transparent than a modern instrument. And the gut strings give you a crisper attack, but at the same time they are lighter and more supple." BELOW: Triple Concerto in C Major, Op. 56: II. Largo

Kevin Henderson, from the Shetland Islands, Olav Luksengård Mjelva from Norway, and Anders Hall from Sweden, are master musicians with a broad stylistic range rooted in three of the world's richest fiddling traditions. Their third CD Bonfrost contains music that runs from deeply traditional to edgy originals like "Adam’s Nightmare" and "Don’t Drink and Dance." And for the first time they have included solo tracks that spotlight each of their traditions. "The unique thing about this group is the different styles we each bring to the table," says Henderson. "That we are from very different musical backgrounds makes it really interesting for us." BELOW: "Adam´s Nightmare" from the album Bonfrost: