December 18, 2021, 6:29 PM · LOS ANGELES - Natalie Loughran was named first-prize winner in the 2021 Primrose International Viola Competition, which concluded Saturday at the Colburn School. Here are all the prizewinners: 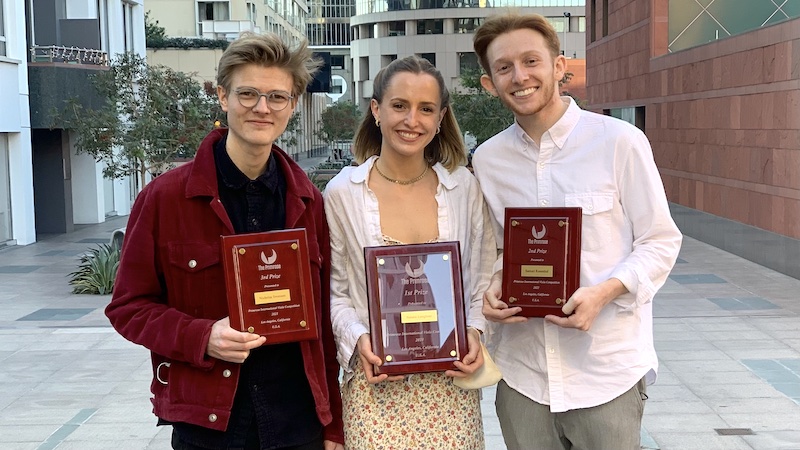 Natalie Loughran is pursuing her masters degree at the Juilliard School, studying with Roger Tapping and Misha Amory. She appeared as a finalist for the 2020 Young Concert Artist Auditions and semifinalist at the Tertis International Viola Competition, where she was awarded a special prize for her performance of the Bowen Viola Sonata in C Minor. She is a member of the Kila Quartet, which has appeared on WQXR’s series, ‘Midday Masterpieces’, and has participated in the Perlman Music Program Chamber Workshop and the Robert Mann String Quartet Institute. Natalie has performed with the Verbier Festival Chamber Orchestra, under Gábor Takács-Nagy, toured internationally with the Budapest Festival Orchestra, directed by Ivan Fischer, and will be a member of the Metropolitan Opera Orchestra for the 2021-22 Season. In summers 2021 and 2022, Natalie will be attending Yellow Barn and Marlboro.

The competition began earlier in the week with 24 violists, representing 10 countries. Participants ranged in age from 18 to 29.

1. What was played for the BIPOC Prize, and

2. What on earth the Transcriptions Prize is about!

December 22, 2021 at 02:42 AM · John, good questions, I've added some info about those two special prizes, toward the bottom of the article!

I myself have transcribed things for viola (The piano part of my transciption of Mendelssohn's swan song could vastly do with improvement, so as to sound more like a piano part, and not just the sustained notes that were totally in place on the organ), as did my father (I believe I still have his Mozart Concerto No 1).