November 26, 2021, 3:29 PM · New England-based Johnson String Instrument co-founder Roger Johnson, who died earlier this month at age 84, is being remembered not only for his talents as a luthier and entrepreneur, but also as a painter, sculptor, guitarist and singer.

Born in 1937 in rural Hillsboro, Ohio, Roger Johnson was the youngest of 10 children in a farming family. Roger’s passion for music and the building of stringed instruments began at the age of 11, when he built two guitars - one of which won first prize at the Ohio State Fair. 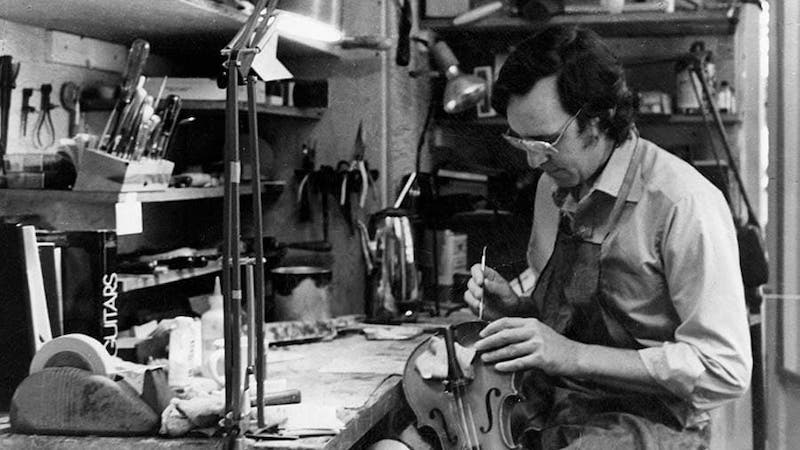 Shortly after moving to the Boston area, Roger, in partnership with his wife Carol, opened Johnson String Instrument (JSI) in 1976, in Newton, Massachusetts. JSI made it a point to use the same quality and care for their rental instruments as for their instruments for sale. Roger’s vision of providing personalized service and expertly set-up rental instruments to students guides the family business to this day.

Roger always had an eye for quality and was a pioneer in bringing talented European makers to the American market. Roger spent many years traveling to Europe to find exceptional instruments and bows to develop the Karl Mueller line of student instruments. JSI grew rapidly, from a small storefront to its current picturesque location in a historic mill building overlooking the Charles River in Newton Upper Falls, Mass. Roger’s son, Adam Johnson, is now JSI’s owner.

In his later years, Roger pursued a myriad of projects that reflected his boundless creativity and entrepreneurship. He spent his time appraising violins, perfecting his skills as a painter, and exploring other artistic mediums. He also developed simple practice violins for music programs in Haiti, which he hand-delivered in 2018.

Roger is survived by his wife, Carol, sons Danny, Adam, and Matt, and five grandchildren.

A memorial service will be held in the spring. Donations may be made in Roger’s memory to No Kid Hungry.