October 29, 2021, 2:11 PM · Welcome to "For the Record," Violinist.com's weekly roundup of new releases of recordings by violinists, violists, cellists and other classical musicians. We hope it helps you keep track of your favorite artists, as well as find some new ones to add to your listening! 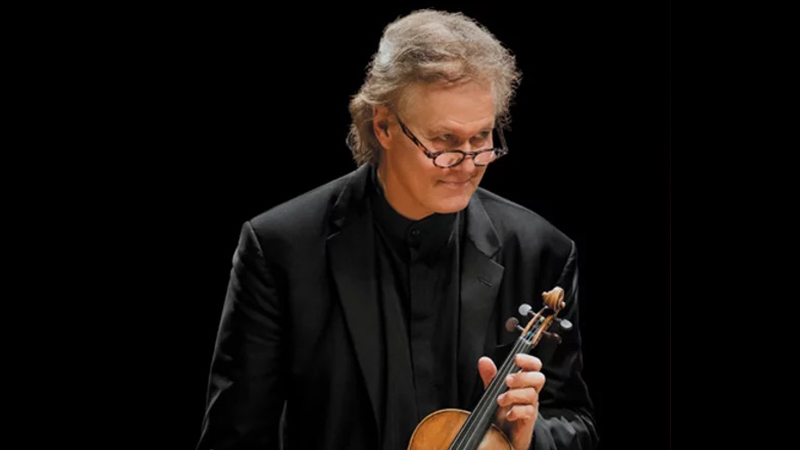 Augustin Dumay returns to the Mendelssohn E minor concerto after a gap of over 30 years since his first and only recording of the work for EMI. On this new version he directs the Orpheus Chamber Orchestra in a new look at this ever-popular masterpiece. The rest of the program comprises the late violin sonata in F, which the composer worked on at the same time as the violin concerto, but left unpublished. The program is completed by a selection of Songs without Words arranged for violin and piano by David Walter. Dumay is accompanied by pianist Jonathan Fournel, who recently won the Queen Elisabeth Competition and has been studying with Louis Lortie since 2016. BELOW: Mendelssohn: Violin Sonata in F Major: II. Adagio

Cleveland-based Baroque Orchestra Apollo’s Fire celebrates its 30th anniversary with its first recording of Vivaldi’s The Four Seasons, featuring Spanish-born violinist Francisco Fullana. Apollo’s Fire has released 26 commercial CDs and won a Grammy award in 2019 for the album Songs of Orpheus. Founded by harpsichordist Jeannette Sorrell, the group plays on period instruments and is named for the classical god of music and the sun. BELOW: Apollo's Fire performs "Summer," in 2019 at Tanglewood, with violinist Susanna Perry Gilmore.

Deutsche Grammophon celebrates the 90th birthday of Sofia Gubaidulina, one of the leading composers of today, with three profound and spiritual orchestral works, all of which have been recorded for the first time. Andris Nelsons conducts the Leipzig Gewandhaus Orchestra, featuring soloist Vadim Repin, who is the dedicatee of violin concerto 'Dialog: Ich und Du.' BELOW: Gubaidulina: Dialog: Ich und Du, Part 1:

Brazilian violist Amaro Dubois said that his "mission for this album is two-fold: to encourage musicianship through the beautiful and awe-inspiring music of these composers, and to increase diversity in classical music by programming new and often overlooked compositions for the viola repertoire." The album includes works by Florence Price, Rebecca Clarke, Samuel Coleridge-Taylor, Astor Piazzolla, Heitor Villa-Lobos, César Guerra-Peixe, and Fanny Mendellsohn. BELOW: Album Release Concert - live performance from Oct. 18 The University of Memphis.

This is the third installment in the Ehnes Quartet’s survey of the late Beethoven Quartets. It was recorded in the US with their producer overseeing the sessions from London as the pandemic halted travel plans and sessions were canceled. "The albums we recorded during this intense two-week period will always be treasured reminders for us of a brief, bucolic window of artistic fulfillment during a terribly challenging period for the world," said James Ehnes. They bring to these masterworks many years of experience.