October 8, 2021, 12:24 PM · Four finalists have been announced in the 2021 Joseph Joachim International Violin Competition in Hannover, Germany. They are: 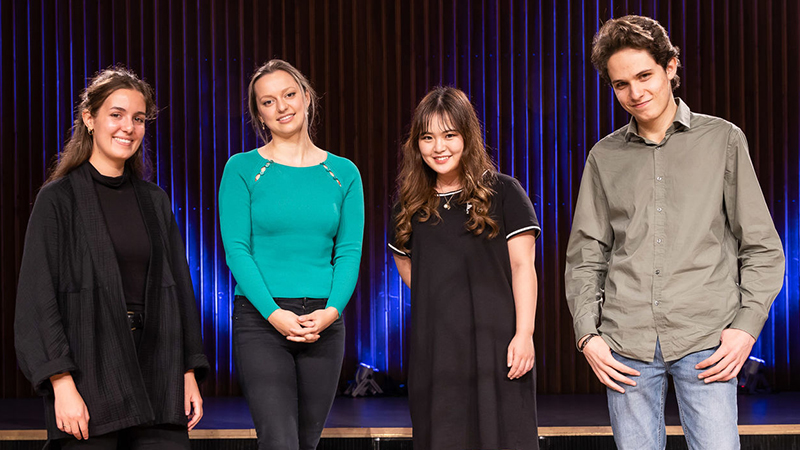 On October 10, each finalist will perform either the Brahms or Schumann Violin Concerto with NDR Radiophilharmonie and conductor Andrew Manze, as well as the premiere of the commissioned work for the competition "Im Garten zu spielen" by Manfred Trojahn. On Sunday, you can see the livestream on the competition's website.

The Joseph Joachim International Violin Competition Hannover, sponsored by Stiftung Niedersachsen, was founded in 1991 by Krzysztof Wegrzyn and takes place every three years. In 2019 Antje Weithaas and Oliver Wille took over the artistic directorship.