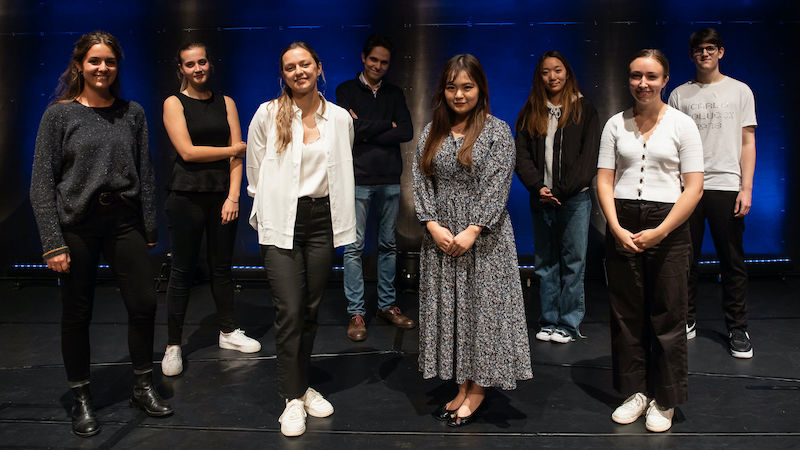 The first of two semifinal rounds will begin at 6 p.m. Monday in Hannover, Germany. The rounds will be livestreamed on the competition's website and here:

The semi-finalists will perform with the Camerata Bern, as soloists in a Mozart concerto, and from the concertmaster position for the first movement of Bartók's Divertimento.

In the second semifinal round, each violinist will present a recital he or she has programmed, inspired by the following quote:

"Home is where we start from, and it is no more and no less than that. It is where we begin, where we set off from. It’s not where we stay; it’s not somewhere that accompanies us unchanged. When we set off on our wanderings in pursuit of our desire, we are driven by a restless and a sense of exile to search for another home, another homeland.”
-- by Carolin Emcke, from How We Desire

Besides this theme, the only requirement is a first movement from a Haydn string quartet, to be performed with members of the Kuss Quartet. The semi-finalists will only be informed about the precise work after their performance with the Camerata Bern.

Finalists will be announced on Oct. 7. Each finalists will perform a major violin concerto with the NDR Radiophilharmonie, conducted by Andrew Manze, along with the commissioned work "Im Garten zu spielen" by Manfred Trojahn.


The Joseph Joachim International Violin Competition Hannover, sponsored by Stiftung Niedersachsen, was founded in 1991 by Krzysztof Wegrzyn and takes place every three years. In 2019 Antje Weithaas and Oliver Wille took over the artistic directorship.

Here is a playlist from this year's Preliminary Round 1, which took place last week in Hannover: