January 22, 2021, 2:07 PM · Welcome to "For the Record," Violinist.com's weekly roundup of new releases of recordings by violinists, violists, cellists and other classical musicians. We hope it helps you keep track of your favorite artists, as well as find some new ones to add to your listening! 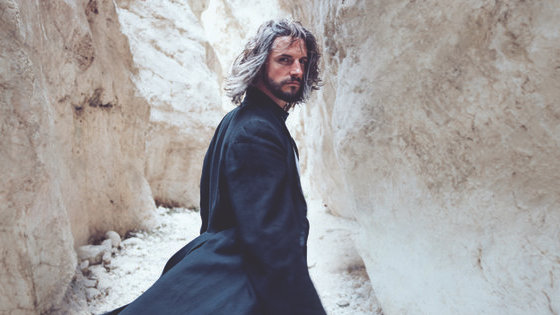 Viennese violinist Johannes Fleischmann performs the music of Erich Korngold and Eric Zeisl, Viennese composers who escaped the rise of Nazism by traveling to America shortly before World War II. The album includes sonatas for violin and piano by both Korngold and Zeisl, as well as two early Korngold works: "Margit" from the Vier fröhliche Walzer, composed when Korngold was only 14; and "Schneeglöckchen," from his 6 Einfache
Lieder, Op. 9, on which the composer based the variations of his Violin Sonata. The CD booklet includes essays by Barbara Zeisl Schoenberg about the origins of her father's Brandeis Sonata, and by Zeisl biographer Karin Wagner. BELOW: The album release livestream, at the "Kasematten" of the renowned Palais Coburg in Vienna which, as part of the historic city wall, have always been a place for shelter from war and prosecution. Includes a concert of the album's recordings as well as a panel discussion with experts Karin Wagner, Gerold Gruber, Barbara Zeisl-Schoenberg and Randy Schoenberg.

The Oculi Ensemble is a string ensemble derived from internationally acclaimed string quartet players from the Badke, Doric, Piatti, Navarra, Albion and Idomeneo quartets. For their debut recording, they explore Richard Strauss’ chamber works, from his iconic Metamorphosen and Capriccio to his lesser-known chamber works. The release includes the world premiere recording of an unfinished string quartet, written when Strauss was very young. The Oculi Ensemble would like to thank the Strauss family for their permission to record the Quartettsatz in E flat major. Oculi Ensemble: Charlotte Scott; Emma Parker; Jon Thorne; Simon Tandree; Nathaniel Boyd; Pau Codina; Stacey Watton; and James Baillieu. BELOW: Video -- Meet Oculi Ensemble:

January 24, 2021 at 12:41 AM · This is a wonderful video that describes the background of Korngold and Zeisel. It was fascinating to listen to the historians who brought the music and the society in Vienna to life. I was very moved by the performers as well. Thank you for introducing me to the violinist Johannes Fleischmann.