V.com weekend vote: Which is your favorite of Bach's Six Sonatas and Partitas for Solo Violin?

January 15, 2021, 2:35 PM · Bach's works for solo violin - the Six Sonatas and Partitas - have kept a lot of us company during the last nine months of pandemic isolation, whether we've been playing them or listening to the many performance videos that were posted online. 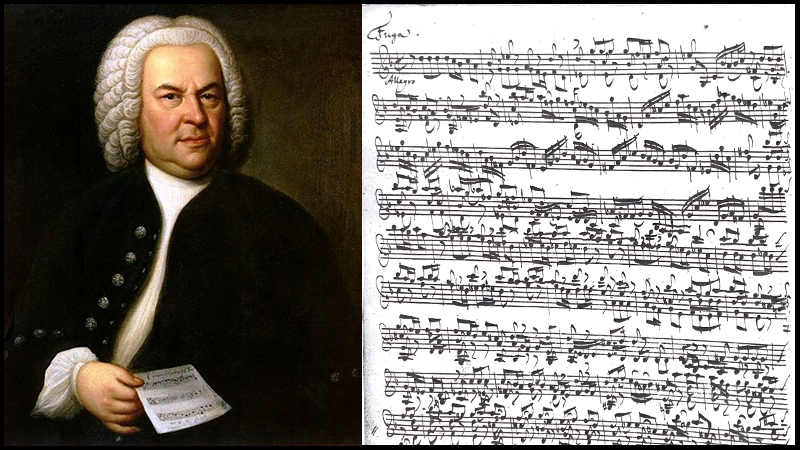 Asking "Which is your favorite?" might a difficult question - the answer may well change over time. They are all worth the effort - to listen to, to study, to play. And they are a lifelong endeavor. As the cellist Pablo Casals said in his 90s, after a lifetime of practicing solo Bach every day: "I think I'm finally getting better!"

Written by Johann Sebastian Bach around 1720, the Sonatas and Partitas for solo violin went unpublished for more than 50 years and were largely ignored until more than 100 years later, when violinist Joseph Joachim championed them. Nonetheless they have become a kind of technical, intellectual and spiritual centerpiece for the violinist.

So as always, this is an exercise in what your current favorite is - it may be the one you have most recently studied, or the one you have most recently listened to. It may be one that you heard in an especially memorable performance, or just the one that sticks in your mind. So please participate in the vote and choose the sonata or partita that holds the most significance for you at this moment, and then share your thoughts in the comments.

Below the poll are videos of all six Sonatas and Partitas for you to enjoy - or watch before voting, if you wish! I've chosen versions that include the entire work in one video, and I've also chosen violinists from different time periods with different approaches - modern, Baroque and in between. Because I was limited to posting the entire work and also wanted to show live performances when possible, I was forced to leave out a lot of very good performances! So please feel free to list your favorite performances of these works in the comments, as well.

Partita No. 1 in B minor - Antal Zalai plays live, in October 2020 at The Evangelical Church of Siófok:

Sonata No. 2 in A minor - Shunske Sato plays on a period instrument (with Baroque tuning A=415) and Baroque bow, in a performance for the Netherlands Bach Society's "All of Bach" in June 2019:

Partita No. 3 in E major This video pairs Arthur Grumiaux's storied 1960-61 recording with the sheet music:

January 16, 2021 at 12:51 AM · I voted G minor. I use Presto as part of my warm-up routine. I also love playing the Adagio -- there's just calmness in it that I can just close my eyes and get lost in my own thoughts when I play it (truly). D minor comes a very close second.

January 16, 2021 at 01:02 AM · I picked E Major, primarily because it's the only one I have a chance of playing all the movements! My favorite performance is by Johnny Gandelsman, who I was fortunate enough to hear play all six S&Ps live several years ago. Truly amazing! Here's a link to a performance of Mr. Gandelsman playing the Chaconne with the Limón Dance Company. Pairing this music with ballet is truly sublime. https://www.youtube.com/watch?v=i8Aj_cUOTtY

January 16, 2021 at 07:32 AM · I voted for the C major, mainly for the first 2 (extraordinary) movements. But I love the A minor as well - especially the third movement. It's the only one I ever got to something close to a performable state. Ironically, no chance with the C major! I really like the Hilary Hahn recording you've selected.

January 16, 2021 at 01:52 PM · I was torn between the g minor sonata and the d minor partita, and decided to vote for the d minor, because I am working on the Chaconne right now, so it is the one I am very much concerned about at the moment.

The Chaconne has been a big fascination for me since I was a teenager. It is a piece I usually take up and practice for a while and then put to rest for another while.

January 16, 2021 at 03:42 PM · The Prelude to Partita 3 for me - it was on one of teh first albums (yes - vinyl!) I owned and I had never heard the sonatas and partitas before. I loved the sound patterns Bach creates. I have just found an beautiful rendition by Mark Kaplan.

January 16, 2021 at 05:39 PM · There's a difference between what is a favourite for trying to get to some sort of performance standard, and what is one for simply studying. You've probably guessed my two choices!

Re: 'Favourite Unaccompanied Sonata/Partita of Six by Bach for Violin' ...

This is a challenging question as each of The Six Masterworks of Bach's "Bible of The Violin" both technically - musically are individually unique and unto themselves ~ Reviewing All Six with my Iconic Violin Mentor, Nathan Milstein,'Revisited', and privately in London for 3 & 1/2 years, I can attest to truly not having just 1 favourite!! Having publicly performed all Six and recorded 4 of the Six for radio & television broadcast & in most major international venues, i.e., Wigmore Hall in London; The Tonhalle in Zurich: Brahms Saal in the Musikverein in Vienna; 92nd Street Y in NYC; & major music capital's of Continental

Europe and all Scandinavia + Helsinki, FI, {Winner of Special Award for Best Solo Bach in the Sibelius International Violin Competition}, and forever in many Houses of Worship plus on

questioning the reasoning of such an oversight? The Master of Bach's Six Unaccompanied Violin Sonatas & Partitas is Not even mentioned & a Grammy Award Winner for his {NM's} Last Complete Recording of All Six Bach Sonatas & Partitas for Violin, not long before his 1992 passing yet some of those listed, w/one in particular, sought Mr. Milstein's Blessings amid his help of All Six!! Kindly rectify what is an obvious Error or major Oversight ~

The Third Sonata in C Major follows a historical-chronological development in Bach's compositional - spiritual journey which takes one through the valleys and high peaks of all human yet deeply spiritually effected emotions in first 4 works prior ~ Not feeling all that keen due to minus Milstein, I'll share an NM to 'em' profound thought of many uttered to me by friend, Nathan Milstein, due to his absence. My mention of one NM utterance is for the benefit of all V.com Responders here now & those to hopefully join in ...

~ 'Bach could never have composed the Chaconne had he not been able to play it first!' ~ Quote of the True person to person words of Nathan Milstein to me, his self proclaimed 'Guinea Pig protege of Heifetz', in his London Chester Square, SW1, townhouse 2nd floor Music chamber, circa 1970.

Saluting all who are studying, have studied and/or performed portions of either a Sonata or Partita or Full Sonata or Partita including the Epic Chaconne from the d minor Partita #2, & All Six Masterworks, it is my own feeling at this veteran violinist concertising musician's time of truly adoring the C Major Third Sonata which contains all Valley of Sorrows by then expressed previously & delights of Happiness with a worldly wise spiritual oflering of the 'Largo' slow movement then an 'Allegro assai' Finale near to Dance of Bravura'd Joy!!!! {Btw, bowing's make All the Difference in our violin expression which The Only Peer of Jascha Heifetz, JH Friend/Auer class-mate, Nathan Milstein, was renowned for!!} *You'll Never See nor Hear such unique expression via Bowing's as those of Nathan Milstein in his C Maj Fourth Movement & throughout All Bach Unaccompanied Six Sonatas & Partitas for Violin!

No words but an ~

^Still Thank You's to Laurie Niles for an uplifting subject ~

January 16, 2021 at 08:03 PM · I voted for the Partita in E major because I have loved the Preludio since high school and it was/is so much fun to play. I still play it to try out instruments and bows to see how they handle.

But currently my unaccompanied-Bach-loving heart really belongs to the viola transcriptions of the cello suites.

The B minor is so underrepresented in the concert hall...and my gosh, those effective doubles mirroring the four movements at twice the tempo. Ingenious.

January 18, 2021 at 01:24 AM · Can't exactly say it's my favorite piece, but the performance, the performer, is the best in the world in my humble opinion. Not so well known in the country, but the absolute best!

January 18, 2021 at 02:35 AM · Dear Elizabeth, I think there are probably 100 "sins of omission" of great Bach players here (Kremer, Mullova, etc.). It is unfathomable to me that Laurie would have slighted Milstein deliberately.

So for those who would like to hear Milstein, a link is provided below playing the Chaconne -- and it includes a special treat -- an interview on the front end with Milstein discussing the great work.

What I like most about his playing is the continuity of the longer melodic line, and his chords sound powerful but not ever harsh. The whole piece really is beautifully played. And it is important to point out that the recital was performed when Milstein was 82 years of age.

I chose the D minor partita because I can play (sort-of) the first four movements but I will never even try to touch the Chaconne, which is nothing less than some kind of weird singularity in the history of music -- a moment of the most incredibly stunning manic insanity on the part of the composer. One really wonders what on earth possessed Bach to write that one movement.