January 12, 2021, 11:02 AM · Conductor Michael Stern has been named Music Director of the National Repertory Orchestra (NRO), a longstanding and prestigious performing and educational summer festival in Breckenridge, Colorado for professional musicians, ages 18-29. 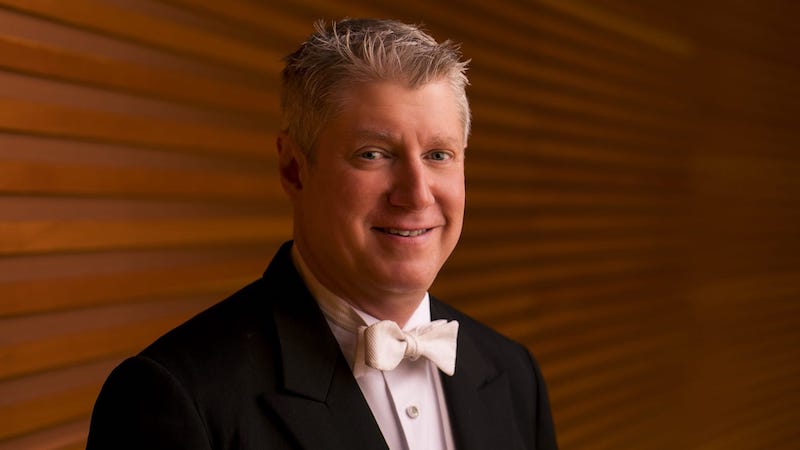 "The great promise of the NRO going forward is only possible because of all that Carl Topilow achieved over his more than four decades of devoted work and passion," Stern said. "His energy, focus and belief in young people have been unwavering, and as a result, he has benefited countless young musicians. His contributions have been incalculable, and I am thrilled to continue our long-standing musical dialogue."

Stern often appeared as a guest conductor with the NRO, most recently conducting Berlioz’s Symphonie fantastique in 2018 with the group. He will be just the third music director in NRO’s 61-year history.

In 2020, NRO had planed a "60th Anniversary Diamond Concert Season," but it was canceled due to the COVID-19 pandemic. The 89 young musicians who had been scheduled to come to Colorado were invited to return in summer 2021. In place of the normal festival, the organization gave some 40 free, socially distanced outdoor alumni string quartet pop-up concerts and 27 virtual masterclasses and seminars over the summer.

"I know 2020 was a crazy, challenging year," Stern said, "but as we emerge, our task now is not to return to normal. It is to take this opportunity to imagine a musical world where you want to be, to shape our collective musical future. It is a special honor to be able to contribute to that future through the NRO and to help young musicians make those dreams a reality."

January 13, 2021 at 04:35 AM · Congratulations to Maestro Stern and to the NRO, which was known as the Colorado Philharmonic during my time there (1981 and 1982). One small quibble; I would describe the NRO’s target membership as pre-professional, not professional musicians. It’s a very high level training orchestra.