Violinist Lara St John on Tuesday received acknowledgement and an apology from the Curtis Institute for the sexual abuse she suffered 35 years ago at age 14 from her violin teacher, Jascha Brodsky.

"The board recognizes and profoundly regrets the incalculable physical and emotional toll that Ms. St. John suffered as a result of her Curtis experience....We were wrong, and we express publicly our sincere apology to Lara St. John for the way she was treated by Curtis for the past 34 years," said a statement issued Tuesday by the Curtis Institute Board of Trustees. "We failed to provide her with a safe learning environment, failed to carefully investigate her claims, failed to communicate our grave disappointment in how she was treated by Curtis, and repeatedly failed to communicate the steps that were taken to prevent such abuse from occurring in the future." 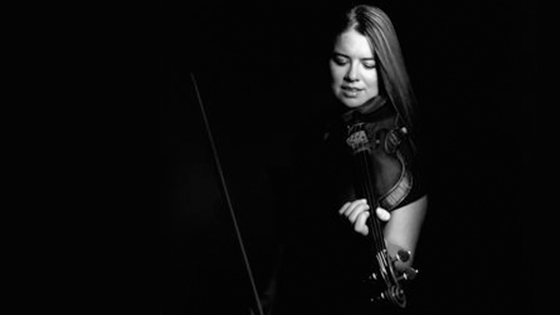 The statement follows the release of a 52-page investigative report by attorneys Gina Maisto Smith and Leslie Gomez of Cozen O’Connor law firm. The report goes into specific details over St. John's allegations, which were make public in a July 2019 investigative article by the the Philadelphia Inquirer. After more than 30 interviews with former Curtis students, alumni, administrators and others, the report said that the law firm "found that St. John provided a credible account of sexual abuse by Brodsky," going on to describe an environment at Curtis at the time, in which "students remained at Curtis at the discretion of their major instrument teacher, and speaking up risked repercussions." It also details the numerous times when St. John did speak up and was ignored.

The report also details "approximately two dozen accounts of inappropriate conduct at Curtis received from former students and others, dating back more than half a century," according to the board's statement.

Curtis initially struggled in its reaction to the 2019 Inquirer article about Brodsky, sending an email to Curtis alumni, parents, and students asking them not to speak to journalists about the story after it was published. However, Curtis President and CEO Roberto Díaz followed up the next day with an apology and promise to address the issue.

In August 2019, Curtis engaged the law firm Cozen O’Connor to review and revise Curtis’s existing policies and procedures, then in November to investigate the allegations of abuse. A hotline was set up to receive confidential reports of possible misconduct and student safety issues.

On Tuesday, "Roberto Díaz and Board Chair Deborah M. Fretz expressed their sincere apologies on behalf of Curtis to Ms. St. John for the way in which she was treated by the school and those leaders in whom she confided, and specifically for failing to provide any opportunity to help her cope with and recover from the abuse inflicted upon her or the school’s continued dismissal of her concerns," said the board statement.

The board also outlined steps for the future: a Trauma Fund to provide free counseling for any member of the Curtis community who has experienced sexual abuse; a hotline to enable Curtis students and employees to confidentially report sexual abuse at any time; an expansion of its Young Alumni Fund "in recognition of the extraordinary courage demonstrated by Lara St. John"; a dedicated, full-time Title IX coordinator; training for staff and faculty to address issues of power dynamics between teachers and students; stronger harassment policies and an "Annual Outcomes Report" that will "anonymize and summarize" reports of sexual harassment and abuse going forward.

UPDATE HERE: Late Wednesday Lara provided a statement to Violinist.com, writing in an email that "although I am glad that Cozen O'Connor's in-depth report forced Curtis to apologize to me and others after 35 years, I'm not convinced that they mean it. The person taking credit for 'making change happen' there is the same one who tried to silence the alumni just one year ago when this became public. He also lied blatantly about the sham report from 2013 which is evident in the new report, and frankly, the way Roberto Diaz addresses me in the apology letter is condescending.

"Although I think the board acted with integrity in their unanimous decision to make this report public, I place no trust in the director of the school," she said. "He acts properly only under duress, when given no other option. I hope that I have paved the way somewhat for young women and men to report abuse; mental, physical and sexual, and influenced schools to provide a safer learning environment.”

September 24, 2020 at 08:21 PM · One just really wonders how much more of this is going on, even now, even there (but not only there). Lara's strength and courage through her horrible ordeal is very humbling but hopefully it will result in lasting change. One wonders whether there are simple, concrete measures that an institution can take to ensure that students are not abused in programs that rely so heavily on individual instruction, as violin performance inevitably must. Security cameras in every studio?

September 26, 2020 at 07:06 AM · I'm increasingly convinced that the idea that large and problematic institutions changing from the inside is laughable theater. I'll just leave it at that, but I hope Lara has some small vindication from at least the official acknowledgment, although I suspect that real change is what she wants.

September 26, 2020 at 01:17 PM · I don't blame Lara St. John for her scepticism here. This story broke over 1 year ago. I read her allegations, and they are credible and fully substantiated. Ancillary allegations of sexual impropriety also supported her case.

Anyone with a modicum of decency would have apologised immediately.

As for these "harassment policies" and "Annual Reports"... Pfft. All a load of tick-boxing. The problem is moral. Some people think that musical creativity makes them exempt from following moral standards of behaviour. Some people use others as a means of ignoring or compensating for their own personal problems.

Simply saying, we're going to listen to your reports, or we're going to monitor this, that, and the other will do little. What you do is simple: pass all allegations over to the police as a matter of principle. The threat of criminal proceedings can work wonders. That cuts out the bureaucracy and the posturing, because sexual abuse is a criminal matter, and should be handled by police and the courts.

I am very sorry that Lara St John went through this humiliation, but I am glad she has managed to make a life for herself despite it.

I remember a quite attractive cello student who for moral reasons was rightly not living with a boyfriend, telling us that because she was unattached her teacher was discreetly unravelling the teacher-pupil relationship with her. So there are still some honourable men around!

September 26, 2020 at 11:43 PM · Sorry, John, I don't know if you yourself were being discrete or just repeating what you had heard, but I found two opposite ways to interpret the last part of your second sentence.

September 27, 2020 at 01:52 AM · Was a bit puzzling. Unravelling the teacher-pupil relationship doesn't sound honorable!

September 29, 2020 at 02:45 PM · Deborah is right. Pass along allegations to the police, let them investigate. Too many institutions (Universities, churches, conservatories) handling things internally, likely with the intention to cover up or save face.

Let the police and courts handle things. That ought to curtail some of these predators' behavior.