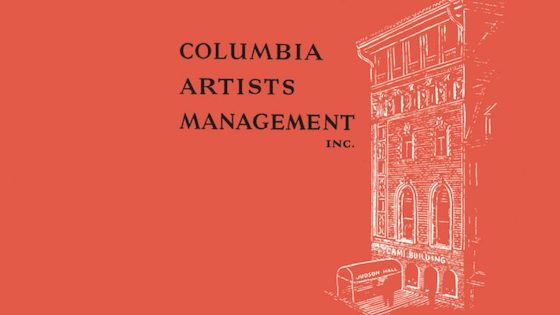 "This painful decision as been made as the result of the impact of the world-wide pandemic's effect on the entire international performing arts community," the company announced on its website.

Columbia Artists had been in operation for more than 80 years, over the course of which they represented major classical artists such as violinists Jascha Heifetz, Yehudi Menuhin, and Tossy Spivakovsky; pianists Vladimir Horowitz and Van Cliburn; conductors Leonard Bernstein, Herbert von Karajan, and Otto Klemperer; and singers Leontyne Price, Mario Lanza and many more. They even represented composers Sergei Prokofiev, Igor Stravinsky, and Aaron Copland, on occasions when they performed. (Read more about their history here.