August 27, 2020, 2:04 PM · Welcome to "For the Record," Violinist.com's weekly roundup of new releases of recordings by violinists, violists, cellists and other classical musicians. We hope it helps you keep track of your favorite artists, as well as find some new ones to add to your listening! 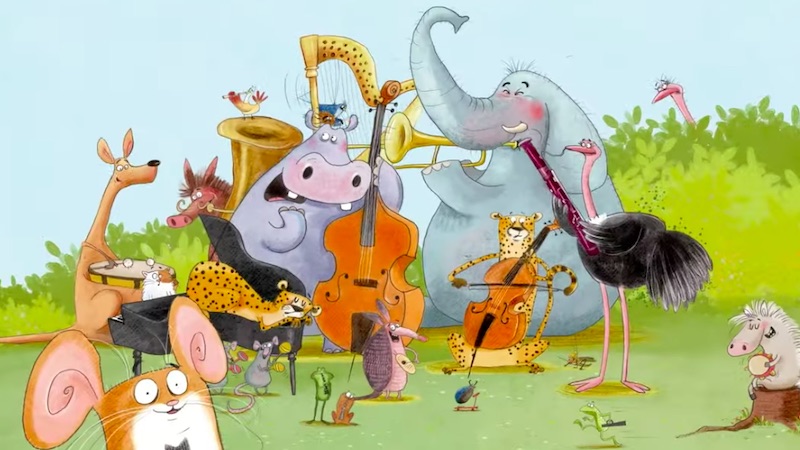 Who knew that the bestselling author of The Da Vinci Code was also a lifelong musician and composer? Dan Brown offers his first official music release since his writing career began, with an illustrated children’s book and orchestral music recording called "Wild Symphony." Brown said that he was inspired at a young age by Peter and the Wolf, The Carnival of the Animals, and The Young Person’s Guide to the Orchestra. "My intent with Wild Symphony is to provide a fun, fresh opportunity for families, parents, children, and people of all ages to reconnect with the magical experience of classical music," Brown said. Led by a "Musical Mouse" conductor, each of the nearly two dozen movements of Wild Symphony corresponds to an animal featured in the picture book, including Frogs in a Bog, Clumsy Kittens, Bouncing Kangaroos, Busy Beatles and more. The music is performed by the Zagreb Festival Orchestra. BELOW: Dan Brown tells us all about his book, complete with adorable animation:

Composer Walter Kaufmann's works have remained unknown for decades, a casualty of the Nazi regime that forced scores of composers and musicians to flee Germany. The Toronto-based ARC ("Artists of the Royal Conservatory") Ensemble presents "Chamber Works by Walter Kaufmann," the fourth in its series of Music in Exile recordings for Chandos, a series dedicated to the research, recovery and recording of music lost to political suppression and the Third Reich. This CD represents the first recording devoted to Kaufman’s work. "The hallmark of this remarkable music is its striking originality," said ARC Ensemble Artistic Director Simon Wynberg. "There are flashes of Debussy, Bartók, and Stravinsky, and hints of Bohemian and klezmer music, but the end result is a world of inventiveness and surprises. It is an extraordinary blend of Eastern and Western traditions, both adventurous and accessible, and no less compelling for the eighty-year delay since its first performance." BELOW: Members of the ARC Ensemble perform Kaufmann's Quartet No. 11: