August 13, 2020, 12:19 PM · For everyone who was excited to play in a master class with the great concert violinist Gil Shaham last summer on our Gilharmonic on Violinist.com series, here is some fantastic news: he now will be teaching as a faculty member at Bard College Conservatory in New York state. 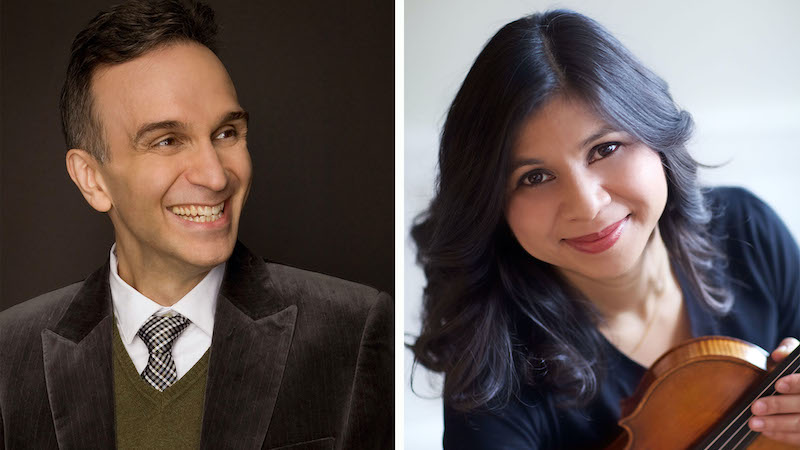 Bard's College Conservatory of Music was founded in 2005, with a commitment to giving young musicians a broad education in the liberal arts and sciences. To that end, all undergraduates complete two degrees over a five-year period: a bachelor of music and a bachelor of arts in a field other than music.

Shaham and Anthony will teach private lessons, coach chamber music and lead regular master classes. They also will perform regularly at Bard with the Bard Conservatory orchestra and in chamber music and recital settings.

"We are thrilled and honored to join Maestro Leon Botstein and the remarkable music department beginning this Fall," Shaham said. "We are looking forward to collaborating with students and faculty soon."

Shaham and Anthony bring their vast experience as performing and recording artists, as well as a commitment to teaching.

For the last 30 years Shaham has been a star violin soloist, gracing concert stages across the world to play with world-class orchestras such as the Los Angeles Philharmonic, New York Philharmonic, Berlin Philharmonic, Boston Symphony, Chicago Symphony, Israel Philharmonic, Orchestre de Paris, San Francisco Symphony and many more. Winner of multiple Grammy awards, he has recorded more than two dozen concerto and solo CDs, most recently Bach's Sonatas and Partitas for Solo Violin and a series called Violin Concertos of the 1930s, which includes works of Barber, Bartok, Berg, Korngold, and Prokofiev, among others. Born in Champaign-Urbana, Illinois, Shaham spent much of his childhood in Israel before returning to the U.S. to study at Juilliard and at Columbia University. He was awarded an Avery Fisher Career Grant in 1990 and he received the Avery Fisher Prize in 2008. In 2012, he was named Instrumentalist of the Year by Musical America. Shaham performs on an Antonio Stradivari violin, Cremona c1719, on loan from Rare Violins In Consortium Artists and Benefactors Collaborative.

Anthony, a native of Australia, is an active soloist, chamber player and teacher. Winner of the 1996 Carl Nielsen International Violin Competition, she has appeared with all six symphonies of the Australian Broadcasting Corporation, as well as the Houston, San Diego, Seattle, Fort Worth, and Indianapolis Symphonies, as well as the Leipzig Gewandhaus Orchestra and the Orchestre Philharmonique de Radio France. She appears regularly at the La Jolla SummerFest and Aspen Music Festival. She has also made numerous recordings, most recently the Sibelius Violin Concerto and Ross Edwards’s Maninyas with the Adelaide Symphony Orchestra. Anthony also has taught for 10 years at the Juilliard School, as Assistant Faculty to Prof. Hyo Kang. Anthony performs on an Antonio Stradivarius violin, crafted in 1728.

Both Shaham and Anthony live in New York City with their three children.