Mistakes Are Information, Not Failures 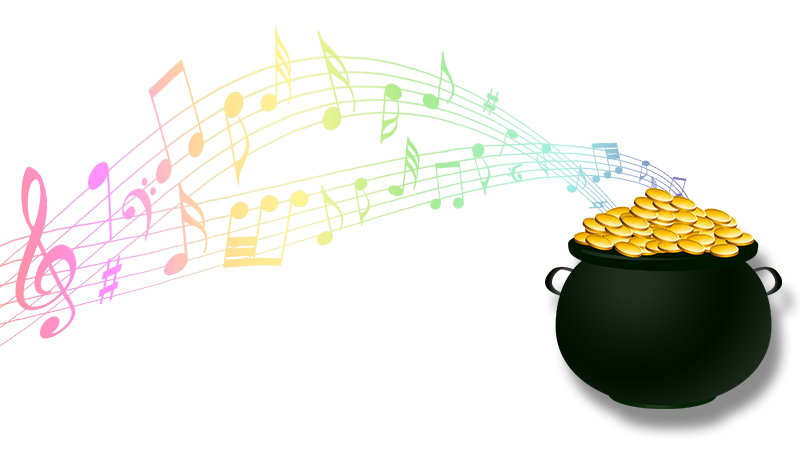 That's something that Nathan Cole said in one of the videos leading up to his Violympic Trials, the event in which several thousand violinists across this globe signed on for the challenge of learning Nathan's technique-laden Violympic Theme, all in the course of a week.

After the "mistakes are gold" comment, a viewer followed up with the comment, "Then I'm RICH!" -- which inspired a flurry of laughing emojis.

It's kind of funny, the idea of mistakes as "gold." Cute, right? And a little ironic.

But this idea is not just a nicety, like a teacher papering over the unpleasantness, or a parental kiss that will make the boo-boo go away. It's related to something that I heard violinist and pedagogue Mimi Zweig say a year ago in a master class at the American String Teacher's Association Conference: "Mistakes are neither good nor bad, they are just information."

It can be difficult to see mistakes in that light. Mistakes can make you want to hide, whether those mistakes happened on the violin, in the classroom, in a social situation or on a work project. Even small mistakes can make a person feel like Harry Potter's Dobby, the house elf who bangs his head against the wall, wailing "Bad Dobby!" every time he makes a real or perceived error in life.

It's pretty obvious that Dobby's reaction does not help anyone, especially Dobby. Yet this funny little fictional character illustrates a very human tendency to rush to self-judgment, to turn what everyone else can see as a small blunder into a huge personal failing.

Anyone who stretches their limits and takes on major goals will make mistakes along the way. For example, taking on the challenge of fast notes, double-stops, fingered octaves, high positions, arpeggios -- certainly invites the likelihood of making mistakes.

In order to see mistakes as "information," it's important to first eliminate the personal judgment factor, ie. "I made a mistake. That is bad. I am bad." Instead, look at a mistake with a cool head, open mind and sense of curiosity: "I made a mistake. What happened?"

And when you ask, "What happened?", this is where you can mine the gold from your mistakes. But it will require patience and honesty. You'll have to dig deeper than, "Ooops, I played it wrong, now I'll play it right."

Here is a step-by-step guide to turning a mistake into "gold":

Turning mistakes into "gold" actually requires a lot of work and attention, but you may then be able to say, "I'm RICH!" -- and really mean it!

May 19, 2020 at 08:30 AM · I'd like to clarify this a little bit: Mistakes are bad. That does not mean one should not learn from them. It does not mean one ought to be embarrassed by them. They imply no judgement on the person making the mistakes (well, texcept if the person repeats the same mistake over and over...).

But not making the mistake in the first place is better than making it. It saves time.

Also, it depends on the context: Making a mistake in a teaching and learning environment is one thing, quite useful possibly, making it in a rehearsal is not as useful and wastes time, making it in a performance or, worse, in an audition is simply bad.

Since coronavirus came on the scene all my orchestral activities in England have ceased, most probably until 2021, and this has given me the opportunity to reappraise my playing. Doing this has made me realise that an exclusive diet of orchestral playing can, and I believe, does, cause raggedness in playing to develop over time. I've heard that other musicians can be aware of this phenomenon too, and do something about it when they can. Even soloists after a long concert tour may sometimes need to reappraise their technique before the next one.

So it's back to basics, coupled with careful listening, for the next few weeks/months, starting with the tonalisation, intonation and shift exercises from my old Suzuki books.

May 19, 2020 at 07:44 PM · No Albrecht. Mistake are not bad except in performance perhaps. Mistakes are learning. You seem to deliberately miss the point of Nathan Cole, and therefore Laurie Niles.

This idea that mistakes are somehow wonderful is touchy feely nonsense in my book. As I said already: There is no need to feel embarrassed and/or diminished every time you forget the accent aigu in a French word. But putting it there is just better than not putting it there.

Why did my brain do that? Why did my fingers do that? How can I relearn it so I do a different thing? As a teacher I am fascinated by the different pathways our brains use. We all have different strengths and different access points. We may have practiced a certain way and created a stronger pathway, but what we want is another. Finding solutions is constant discovery and that is indeed “fascinating!”

May 20, 2020 at 03:15 PM · Albrecht, indeed that is the point: mistakes are just that, mistakes. We don’t want to make mistakes, and so when we do, we often feel so bad about it that we give up or get unreasonably mad at ourselves. So I’m not saying mistakes are good, only that with work and attention, you can use mistakes to guide your own improvement.

Also, it’s probable that Hilary Hahn made more mistakes than most of us did because she pushed harder and practiced longer to bring her technique into the upper echelons. She just spent a great deal of time attending to any mistakes and perfecting her ways so that you never hear her mistakes on stage or in a recording. The best artists put in a LOT of practice at some point, and much of practice is about good analysis, fixing mistakes and correct repetition.

Excellent as usual. There is one element missing though - "Get out your pencil" I have found that marking the music helps a lot. I have found that my students all begin with the fear of "writing in the book" so I've brought my original copy of Doflein to my stand so that they can see exactly what I had to do decades ago when I was in exactly the same place they are in now.

As music librarians we find a lot of marked music. I've also volunteered to assist with setups at chamber concerts including putting the professional musicians music on their stands - my conclusion is that everyone marks their music.

Personally, I acknowledge making mistakes in playing with my students and I do make mistakes, not by intention but trying to pay attention to what the student is doing as well as what I'm doing (particularly with some of those Bartok Duets) I will put a finger wrong, a bow in the wrong direction, et cetera.

Music is a human pursuit and we all make mistakes.

FWIW: I still remember my first community orchestra rehearsal where the conductor told all of us: "If you are going to make a mistake please make it loud so that it is interesting." The tension broke, we all laughed and I started the rest of my life with a different perspective on mistakes and loved making music all the more for it.

May 20, 2020 at 05:57 PM · Speaking of markings, George, I find it amazing that I'll pull out something after not seeing it for, say, 10 years. Then I start practicing and realize, "Oh, I'm playing this too low," and when I go to mark it, lo and behold, it's already marked because I had the same problems back then! Or, one of my students will make a mistake in Doflein, and when I look at my own book I see that the corrective markings are penciled in - markings from my childhood! "Ahh, I see that I too had to play this one for three weeks to get it straight...." Certain mistakes are very easy to make - and to repeat!

May 20, 2020 at 06:34 PM · This was a great article. Everyone listening wants the music to be smooth and error-free. However, it is difficult to be perfect. My opinion is that it is how the student accepts and continues his or her music and does not give up and feel bad. If I make a mistake in a performance I can't wait to get home and work on that mistake and correct it once and for all.

May 21, 2020 at 12:53 PM · Do we really need mistakes to tell us where we are in our development as players. If I didn't make a mistake in a piece, I would know how well I am playing. Mistakes can only inform me as to how badly I am playing.Mistakes do give information ,I agree

May 21, 2020 at 10:56 PM · Anyone with an educated ear that attends live concerts, not just edited "canned" performances, will hear many "mistakes" even from the best performers. If you have to play a difficult solo part every other day for months (As in Broadway shows or light opera companies on tour) you will unavoidably make mistakes. But you also develop strategies for hiding them from the audience. The best mistakes are the ones nobody noticed but you ??

May 24, 2020 at 01:53 AM · If we never made mistakes we would never learn anything. We were all beginners at some point. Making mistakes is how we learn.

I teach adult learners, exclusively, and the "mistake" is enough to undo them, ... until I can convince them of this absolutely human experience, and how to navigate it. (Pretty much your approach.) Most important is that music is not a judgement zone, but a flow and story zone, for all players of all levels and talent.

I studied with Paul Rolland for 4 years, and he Never made a big deal about mistakes. The best, and the most extraordinary communicators of music(players & teaachers) know better than to render music and performance down to a sterile "good/bad" balance sheet.

Thanks aagin for all your posts.

Is their any possibility of providing a print option on your offerings? I would love to share many of them with students as a handout.