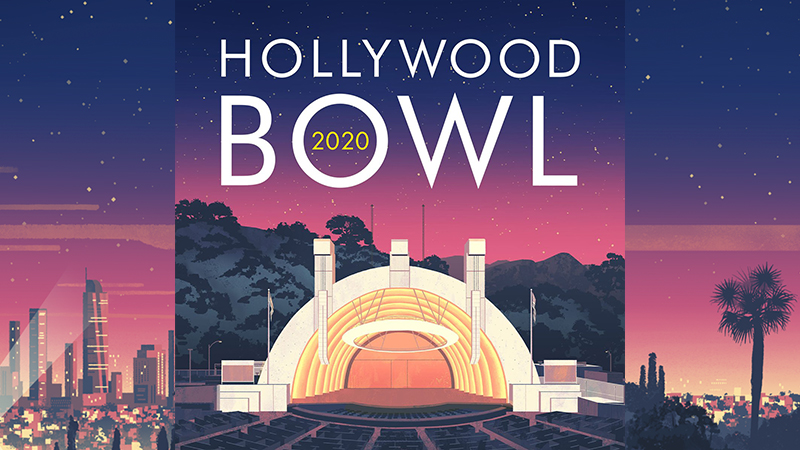 On Wednesday the Los Angeles Philharmonic Association made the announcement, which cancels concerts that would have run June through September at both the Bowl and at the nearby Ford Theatre.

"The LA Phil estimates that revenues lost from these canceled concerts, as well as a portion of the orchestra’s spring season, will result in a roughly $80 million budget shortfall," the LA Phil Association said in a statement. "To mitigate these losses, the LA Phil...is furloughing approximately 25 percent of its full-time non-union workforce, as well as the Hollywood Bowl Orchestra through September 30, 2020, and is laying off seasonal Hollywood Bowl employees. Prior to these decisions, the Association reduced all non-essential expenses, laid off its part-time employees, instituted salary reductions of 35 percent in aggregate, and made the decision to draw from its endowment. These cost-saving measures will continue through the summer."

"The cancellation of our summer programs and the resulting impact on our musicians and staff is devastating," said LA Phil Association CEO Chad Smith
and CEO Chair David C. Bohnett in a statement. "We are all broken-hearted by the effects of this crisis and share the disappointment of all those who look forward to the Bowl and Ford seasons every year. As we deal with this public health emergency, our task now, which we share with all of Los Angeles, is to go forward with strength and resilience, knowing we will get through this with one another’s help. The LA Phil has been here for more than 100 years, and the Hollywood Bowl and The Ford for almost as long. We are doing what is necessary to ensure that we are all here for the next century."

Hollywood Bowl ticket holders have been asked to consider donating the value of their tickets back to the LA Phil. The LA Phil association also announced a "Play Your Part" campaign to raise $35 million to support its ongoing operations and programs such as Youth Orchestra Los Angeles (YOLA).