May 14, 2020, 12:56 PM · Welcome to "For the Record," Violinist.com's weekly roundup of new releases of recordings by violinists, violists, cellists and other classical musicians. We hope it helps you keep track of your favorite artists, as well as find some new ones to add to your listening! 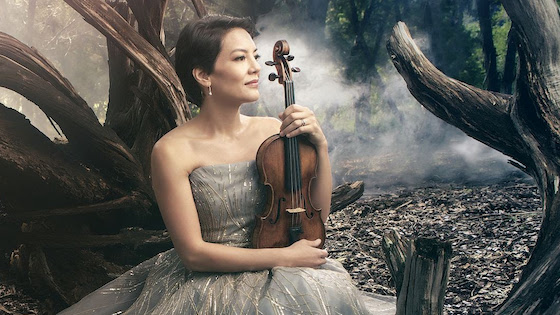 "Lullabies are like little pieces of lost Paradise – a small consolation combined with the feeling of profundity and intimacy. I wrote this lullaby for adults and for the child within every one of us," said composer Arvo Pärt, in dedicating his "Estonian Lullaby" to violinist Anne Akiko Meyers, who is released the world premiere recording of the work this week. "Having performed and recorded most of Arvo Pärt’s music written for violin, I was completely humbled and thrilled when he asked me to perform at the opening of his new Centre in Laulasmaa, Estonia in 2018," Meyers said. "At one of the concerts, I performed music of Bach, Mozart, John Corigliano’s Lullaby for Natalie – written for my first-born, Philip Glass, and Arvo Pärt. It was then that the idea for the new version of Estonian Lullaby was born and to my absolute delight, a handwritten score arrived for Christmas, 2019.." BELOW: An animated video of the lullaby, produced in collaboration with Skazka Studios: