May 8, 2020, 12:20 PM · Welcome to "For the Record," Violinist.com's weekly roundup of new releases of recordings by violinists, violists, cellists and other classical musicians. We hope it helps you keep track of your favorite artists, as well as find some new ones to add to your listening! 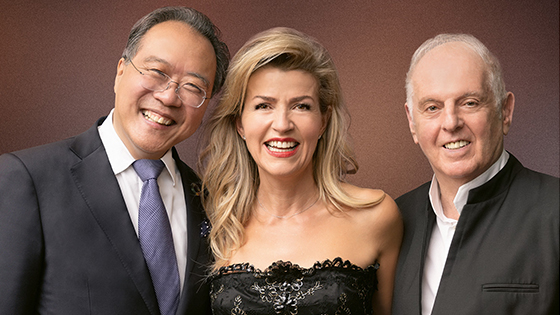 The three sonatas on this recording were written at the behest of violinist Cho-Liang Lin, who worked closely with each composer at their premiere performance. Paul Schoenfeld’s Violin Sonata references literary influences and the composer’s past as well as his Jewish heritage in the work’s final Freilach or “joyous dance”. Steven Stucky acknowledged Debussy as the source of inspiration in his work, while the alchemy of John Harbison’s style creates music that is simultaneously abstract and narrative. Wryly introduced as “crazy modern music”, Bernstein’s brief Canon for Aaron was composed for Copland’s 70th birthday celebrations. BELOW: Sonata No. 1 for Violin and Piano by John Harbison:

Tasmin Little and Piers Lane complete their three-album overview of British violin sonatas with works by York Bowen, John Ireland, William Alwyn, Eric Coates, and the world premiere recording of James Francis Brown’s The Hart’s Grace. Composed for the inaugural Hertfordshire Festival of Music, the work was premiered by Tasmin in Hertford in June 2016. The central premise of The Hart’s Grace is the emotional transformation experienced by a restless observer when encountering the almost magical, elusive freedom of the deer. John Ireland composed his Second Sonata between 1915 and 1917, dedicating it to Albert Sammons who gave the premiere. Alwyn’s Sonatina dates from 1933, and the Coates and Bowen pieces were both composed during the Second World War (1943 and 1945 respectively). Coates’s First Meeting was commissioned by Lionel Tertis and originally conceived for viola, but it was revised for violin for its publication (in 1943). BELOW: The Hart's Grace:

Four nations, one mission: Alina Ibragimova (Russia) and Pablo Hernán Benedí (Spain), Emilie Hörnlund (Sweden) and Claire Thirion (France) are the Chiaroscuro Quartet. "Chiaroscuro" – "light-dark" – is the Baroque painting technique, which through the contrast of the brightly-lit subject against a dark background immensely heightens the artist’s power of expression. With gut strings and original bows, the Chiaroscuro Quartet strives for a sound which can only be hinted at by the antithesis of light and dark alone; a sound expressing every conceivable nuance between tenderness and aggression, radiance and pallor, lively passion and cool sobriety. BELOW: From their previous Haydn album, members of the Chiaroscuro Quartet discuss their recording of Haydn's 'Sun' Quartets Op. 20.