April 3, 2020, 5:15 PM · Welcome to "For the Record," Violinist.com's weekly roundup of new releases of recordings by violinists, violists, cellists and other classical musicians. We hope it helps you keep track of your favorite artists, as well as find some new ones to add to your listening! 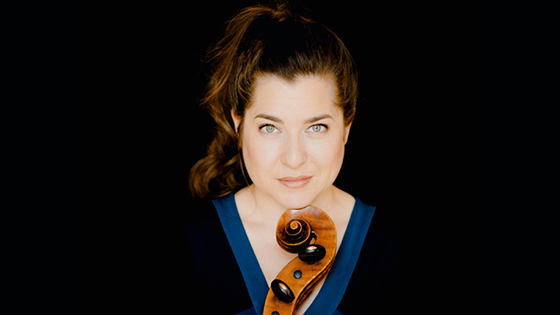 Though individual Bach cello suites have long been a feature of Weilerstein’s programming, she deliberately waited until a few seasons ago to begin the daunting task of performing them as a complete set, and then spent another few years honing them in live performance before venturing into the studio. "The Bach cello suites present the player with infinite possibilities," she said. "Each note, each phrase, carries abundant varieties of expression and musical nuance. The suites are too rich with ideas, too full of subtleties, and too dense with the burden of history for any particular interpretation to be exhaustive, any particular choice definitive. All great pieces of music carry with them this sense of contradiction—they must be played, yet they can’t be played. Every expressive gesture both realizes and limits the intentions of the composer." BELOW: Bach's G major prelude has captivated cellists and music lovers for years. Cellist Alisa Weilerstein deconstructs it:

Music and artistic directors of the Boulder Bach Festival, violinist Zachary Carrettín and pianist Mina Gajic - a married team - perform Schubert’s Sonatinas, Op. 137 on an Érard concert grand (circa 1835) conditioned by Frits Janmaat at Maison Érard in Amsterdam, a rare violin built by Franz Kinberg—set up for late Classical and early Romantic historical instrument performance, and a pre-modern, late classical bow made by John Dodd, London, circa 1800. The Sonatinas, Op. 137 were published posthumously in 1836, and only became available for performance nearly two decades after they were composed. BELOW: Schubert Sonatinas on period instruments:

This project pairs Beethoven's Opus 132 quartet with new works by Reena Esmail, Gabriela Lena Frank, Matana Roberts, Caroline Shaw and Du Yun. All of the new commissions are focused on the idea of healing, from each of the composer's perspectives. The themes range from personal experiences with illness and healing, to the current U.S.- Mexico border crisis. BELOW: Brooklyn Rider – Live at Fraser:

Baroque violinist Alana Youssefian and her ensemble Le Bien-Aimé showcase music of the brilliant but little-known French violinist and composer Louis-Gabriel Guillemain. Precocious from an early age, Guillemain went on to serve in the court of King Louis XV. His symphonies are as uplifting and innovative as his sonatas are astonishingly virtuosic. While his compositions tested the limits of his contemporaries, his lasting legacy may have been his ability to bridge the Baroque and Classical styles, seamlessly adapting to shifting tastes in music and art of his time. BELOW: Violin Sonata in C Minor, Op. 1 No. 8: III. Allegro ma non presto