February 13, 2020, 8:38 PM · Welcome to "For the Record," Violinist.com's weekly roundup of new releases of recordings by violinists, violists, cellists and other classical musicians. We hope it helps you keep track of your favorite artists, as well as find some new ones to add to your listening! 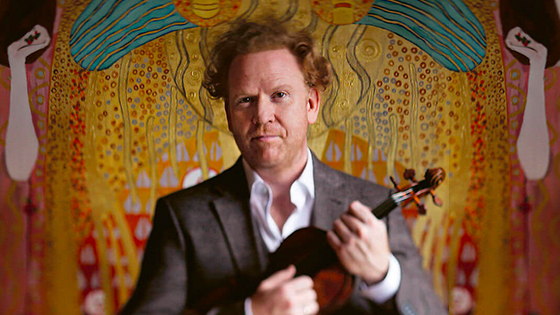 It was the age of the Lumière Brothers, Alexander Graham Bell, Karl Benz, the Wright Brothers and Louis Blériot, Marie Curie and Louis Pasteur – an age not unlike our own, marked by rapid scientific and technological development as well as intense literary, artistic and musical activity. This era of creativity and contradiction has long fascinated Daniel Hope: "I often wish I had a time machine to go back to the salons of Paris, indeed to that entire age," Hope said. In Belle Époque Hope joins forces once more with his Zürcher Kammerorchester as well as close friends to offer a panoramic snapshot of the music that came out of this world, capturing its mix of late-Romantic, Impressionist and Modernist styles, with repertoire by Massenet, Debussy and Elgar, Rachmaninov, Charles Koechlin, and Frank Bridge. It also includes a new transcription of Chausson’s Concerto in D major, a neglected masterpiece for violin, piano and string orchestra. BELOW: Hope plays Chausson's Concert for Violin, Piano and String Quartet, Op. 21 - 1. Décidé - Calme - Animé:

If you've not heard Kristóf Baráti play, at least take a listen to the track below. From the album's notes: "César Franck’s Belgian origins and Wagnerian leanings hardly obscure the French accent of the Violin Sonata which he composed towards the end of his life, and in it distilled the essence of his long-range harmonic thinking. The sonata’s lucid cyclical form leads the listener on a journey of restrained passions, yet still far more overt in its passions than the sonata composed by the ailing Debussy in the middle of the First World War. This is a work riven by outer sickness and conflict, yet sustained from within by an enduring love for another age of French composers such as Rameau and Couperin. Debussy’s Sonata breathes with the spirit of another age, whereas Ravel’s contribution to the genre is bang up to date – the date in question being the mid-1920s – with its flavours of jazz and blues. The second movement is ‘stylised jazz, more French than American,’ according to the composer, while the frantic perpetuum mobile finale continues his fascination with intricate, machine-like structures, in which the violinist plays for 180 consecutive bars." BELOW: Barati and Würtz perform Debussy's Violin Sonata, L.140: I. Allegro vivo.

Now for some experimental, non-classical quartet music: T.C. Crosser takes punk rock production into the classical world as string players Maria Im, Jannina Norpoth, Kallie Ciechomski, and Caleigh Drane are routed heavily through guitar effects pedals and amps for a kaleidoscope of extremes. "The album itself uses reverse looping and a plethora of analog effects to help reflect on the composer’s own journey from a drug addicted homeless vagabond up to now in his mid-30s, five years sober," Crosser wrote. "The main message behind 'Everyone Dies Eventually' is simple: redemption through contemplation." BELOW: "Always The Heart Leaks" from the album "Everyone Dies Eventually":