December 29, 2020, 9:26 PM · Violinist, teacher, pedagogue, conductor and lecturer William Starr -- one of the earliest American string teachers to embrace the Suzuki method --died on Saturday at the age of 97.

"The most important thing a teacher can have is empathy - how does it feel, when you don't know how to do it?" Starr said at a Suzuki Conference that I attended in 2012. Starr was a founder of the Suzuki Association of the Americas (SAA) and was its first president from 1972 to 1974. 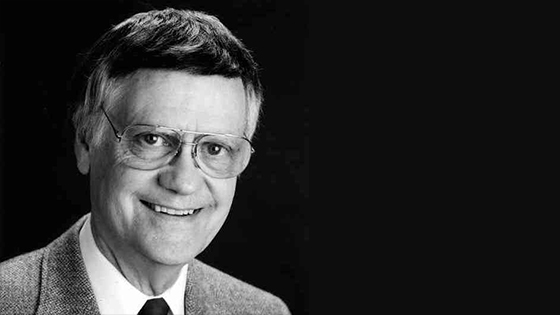 Starr's work with Suzuki began in the 1960s, when his entire family moved to Japan to study with Shinichi Suzuki. Starr and his wife, Constance raised all of their eight children to play musical instruments, using the Suzuki method as their guide. (Constance, his wife of 72 years, died in August 2019.)

Starr developed a close friendship with Suzuki and was one of the teachers who spoke at his memorial service in 1998.

Raised in Kansas, Starr made his debut as a violin soloist with the Kansas City Philharmonic at age 17. He earned two degrees and a Performance Certificate from the Eastman School of Music. He then became a faculty member at the University of Tennessee Department of Music, where he served as chair from 1977–1982. During this time, he was first violinist with the University String Quartet and concertmaster of the Knoxville Symphony. He also served as an adjunct professor of music at the University of Colorado at Boulder, and from 1982 he taught with the Boulder Suzuki Strings.

While Starr believed deeply in Suzuki's philosophy, he also was a man of his own ideals. Starr had a profound influence on the Suzuki movement in America. In particular, he contributed significantly to improving Suzuki teachers' ability and willingness to teach music reading.

The Suzuki method, which relies heavily in the beginning on rote learning, was criticized it its early days for a deficiency in teaching children to read music. Starr did much to change that, not only advocating for the teaching of music reading, but along with his wife Constance, writing much of the literature Suzuki teachers still use for teaching it.

Among the arrangements Starr wrote are Adventures in Music Reading, 77 Variations on Suzuki Melodies, Delightful Duets, Rounds and Canons, Strings Around the World Folk Songs of the USA, Taka Taka Polka and Twenty Six Composers Teach the Violinist. He also wrote several important books about the Suzuki method, including To Learn With Love written with his wife, and The Suzuki Violinist.

Starr also taught many generations of teachers, who describe him as a lifelong learner with a boundless belief in the Suzuki ideal that "every child can." His enthusiasm for teaching, kind approach and fascinating first-hand stories about Suzuki inspired many violinists to follow his path and become teachers themselves.

In a 2012 keynote address to hundreds of Suzuki teachers gathered in Minneapolis for the SAA Conference, Starr expressed his strong belief that the Suzuki movement would continue to thrive and even to create a kind of "Renaissance" by spreading musical education to more and more children.

In Starr's words: "We should celebrate Suzuki-sensei’s magnificent life by following his example in inspiring children, in believing in their exceptional abilities, in teaching with skill and compassion, and, most importantly, in endeavoring to be exemplary models of noble human beings."

January 3, 2021 at 02:57 PM · My condolences to you upon your loss, Laurie, and to the Starr family. It is hard when an influential mentor and just great human being pass.

Here in Cleveland we suffered a great loss too last year. Luthier Peter Horn passed away of terminal cancer. I had the honor of sitting with him and listen to him share life experiences while he worked on my violin. He shared about WW2 and growing up in Germany, the loss of his young wife and the pride in his teenage children. I learned a lot in that one Saturday.

I am certain Mr. Starr left a great mark upon you and many Suzuki teachers. I pray you all will continue to keep his legacy by keeping his philosophy alive through your teaching. I got my start through Suzuki as an adult. I wish I’d had a Suzuki teacher when I was a child. No doubt I would have stuck with it then. God bless you all.