December 4, 2020, 3:53 PM · Welcome to "For the Record," Violinist.com's weekly roundup of new releases of recordings by violinists, violists, cellists and other classical musicians. We hope it helps you keep track of your favorite artists, as well as find some new ones to add to your listening! 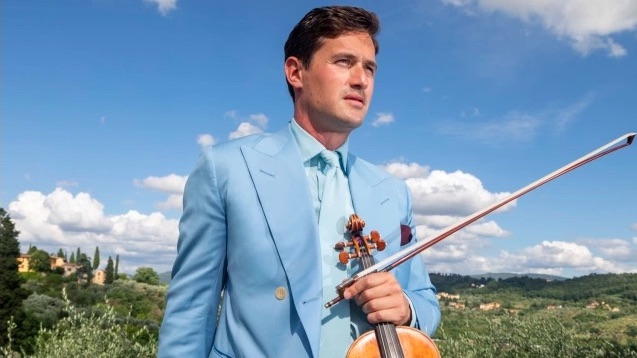 Italy-based British violinist Charlie Siem and pianist Itamar Golan release their debut album, with works by Kreisler, Sarasate, Paganini, Elgar and Wieniawski. Siem, who plays the 1735 "D'Egville" del Gesù violin, has played as a soloist with many orchestras and also is an ambassador for The Prince's Trust in the U.K. He is a Visiting Professor at Leeds College of Music in the U.K. and Nanjing University of the Arts in China. BELOW: Siem and Golan perform from the album: Vitali's Chaconne; Kreisler's Liebesfreud, Liebesleid, Schön Rosmarin and Tambourine Chinoise; Wieniawski's Legende and Polonaise; and Britten's Sally Garden:

"What is really impressive about Vivaldi’s writing is that he never sketched his music before committing it to paper," violinist Alexandra Conunova told The Strad. "There are no drafts in the manuscripts that were found after his death. He was writing right from his heart. This is mind-blowing to me. One can only imagine the extent of his genius. He was supposed to write two concertos a month; instead he was writing two a week. This explains the tremendous number of masterpieces he left for us all to enjoy." Of course, Vivaldi's most famous was his "Le Quattro Stagioni," or "The Four Seasons." Conunova, who has won numerous competition, performs with a pickup orchestra. She plays on a 1735 Santo-Seraphino Violin, on loan from the German Foundation for Musical Life. BELOW: Conunova plays Vivaldi's "Four Seasons" with Orchestre International de Genève in 2015.

From the opening funeral dirge of the First Quartet to the incandescent frenzy that concludes the Fifth, this disc offers a genuine panorama of the Bartókian universe. A world unto itself, constantly stamped with the heritage of Hungarian folklore so dear to the composer: two years after releasing Bartok's String Quartets Nos. 2, 4 & 6 the musicians of the Jerusalem Quartet complete their recording of a key cycle of modern chamber music.