October 20, 2020, 10:06 PM · Tuesday brought more difficult news, with the Los Angeles Philharmonic officially cancelling the remainder of its 2020/21 season through June, due to COVID-19. This came after the New York Philharmonic had made the same announcement one week ago. Thus two of the largest classical music institutions in the United States have seen their elaborate seasons, involving scores of concerts, cancelled through spring, due to COVID-19. The situation reflects the devastating reality that hundreds of artistic institutions across the United States are facing: the prospect of an entire season of lost plans. 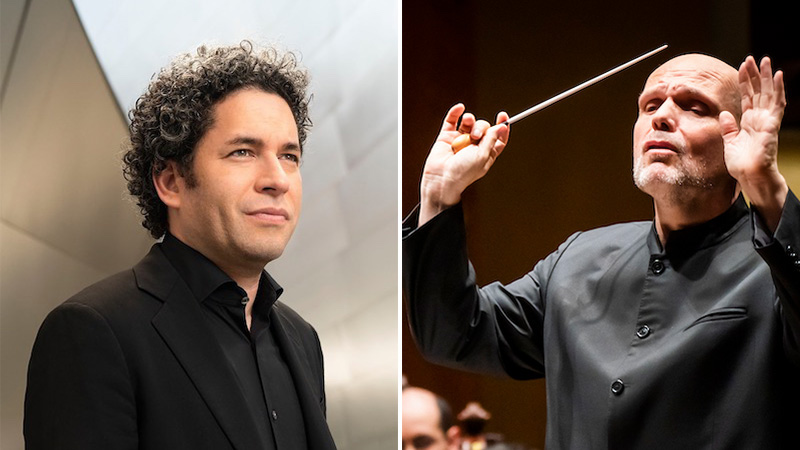 As for the LA Phil and New York Philharmonic, both orchestras announced plans for scaled-down, virtual performances and educational offerings, to keep the music going and stay connected during this unprecedented time.

"As hard as it is to lose entire seasons at the Hollywood Bowl, The Ford and now Walt Disney Concert Hall, we are responding creatively under (music director) Gustavo (Dudamel)’s leadership, so we can continue to bring music, learning programs and important conversations to the largest possible audience in Los Angeles and beyond," said LA Phil CEO Chad Smith. "This is truly a joint effort of the entire LA Phil community, with leadership from our Board, ongoing support from our generous donors, the open-hearted collaboration of our brilliant orchestra and staff and the work of some of the finest media and programming partners in their fields. Together with all of Los Angeles, we will arrive on the other side of this pandemic. We now look toward next summer, when we will welcome audiences back to the Hollywood Bowl and The Ford and celebrate each iconic venue’s centenary with new meaning and purpose."

In August the LA Phil resumed some limited live performances, for a video series that they started releasing in late September called Sound/Stage. The musicians are masked and distanced, with wind and the brass players sitting behind custom-built Plexiglas enclosures, and they are playing outdoors at an empty Hollywood Bowl, with as many as 30-some musicians on stage. The Sound/Stage videos are released on Fridays and then available for free on the LA Phil's website thereafter.

"Cultural institutions like ours must be a part of the very fabric of our community, and during this challenging time we must strive to inspire and empower people even more through our music and programming," LA Phil Music & Artistic Director Gustavo Dudamel said. "We must reach across genres through screens, livestreams, and more, and remember that each note we play also carries with it an element of hope for the future and a desire for a better world. In the end, I believe that music and art will heal the soul of our community."

For the New York Philharmonic, the cancellation marked the first time in its 178-year history that the orchestra had been forced to cancel an entire concert season.

"The cancellation of an entire New York Philharmonic season is not only unprecedented — it is devastating, both in its impact on the morale of musicians and audiences, and in its profound economic consequences," said NY Philharmonic President and CEO Deborah Borda. "We know there was no other choice, but we also know that music is most meaningful when shared with listeners in a common space. We are bolstered by the enthusiastic reaction from New Yorkers to our recent NY Phil Bandwagon concerts and are gratified by private financial support that continues to come in. Most importantly, the Philharmonic is resolved to continue to connect and perform during this time, and beyond. This will not be a silent season, and we eagerly anticipate September 2021, when the entire Orchestra can reunite with our audience. We cannot wait for that first downbeat!"