First, it takes some courage to imagine a concert at all, in the midst of so many limitations caused by the COVID-19 pandemic. And then, as Meyers told me, "it takes a village" to pull it off. 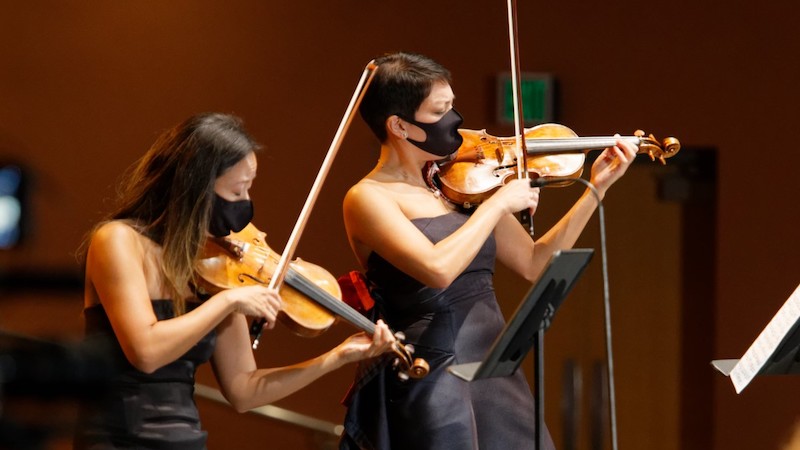 Meyers was talking about the concert she is performing with the Southern California-based New West Symphony, called Tour of Japan, which will be streamed at 3 p.m. Pacific time on Sunday, Oct. 18. It's the first concert since lockdown in March for New West, which is planning a season in which each concert highlights one of various cultures in the Los Angeles area, also including Indian, South Korean, Mexican, Persian and Chinese cultures as well as the Violins of Hope and Black History Month.

"Conductor Michael Christie brought the idea of celebrating the many cultures in this powerful melting pot known as Los Angeles," Meyers said. "We discussed Dr. Suzuki's teachings and performing repertoire related to the Tour of Japan." The Japanese-themed concert will include what has become a Suzuki method classic, the Bach Double, which Meyers will perform with New West Symphony concertmaster Alyssa Park. It will also include Japanese traditional music and music from Japan over recent decades.

"My mother was born and raised in Japan and read about Dr. Suzuki's philosophy that music should be available to anyone and everyone," Meyers said. "As I lived in the middle of the Mojave Desert for three years when I was four years old, she brought this method to my teacher, Shirley Helmick, and I quickly began learning music. When I visited Japan as a five or six year old, I met Dr. Suzuki in Matsumoto. Soon after that, I won an audition to perform at Carnegie Hall and the Kennedy Center with other Suzuki kids. When I was in my 20s, Dr. Suzuki waited to greet me after a recital in Japan, - to my delightful surprise. Talk about full circle." 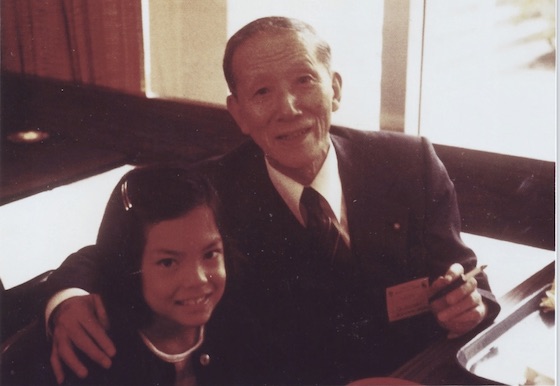 "My daughters are learning cello, piano and violin now, and their studies are loosely based on the Suzuki method," Meyers said. "The Suzuki books are a helpful guide to learning the advancement of their respective instruments."

The concert, which will also feature a Japanese drum ensemble called Makoto Taiko and San Diego-based koto performer Reiko Obata, has presented a number of challenges.

"We originally thought we would record this outdoors, but with the many heat waves affecting Southern California, a last-second switch was made," Meyers said. "We ended up rehearsing and recording indoors at the Thousand Oaks Civic Center and Ronald Reagan Presidential Library."

With California's strict COVID measures in place, the concert was not planned with an in-person audience. "Performances are pre-recorded, and I will be viewing the final product along with my family this coming weekend," Meyers said.

"There were a lot of moving parts in order to realize this project, as well as a team with many tech people, camera operators, orchestra musicians, administration, city officials, journalists," Meyers said. "At the entrance of the hall, temperatures were taken, forms filled out, contact-tracing organized, and loads of sanitizer. Everyone had to wear a mask."

"Performing with a mask was awkward, as it felt it was choking me. I realized how much breath I use when working! But it was a very necessary requirement," Meyers said. "Performing the Bach Double was a bit strange, too, as we were put in back of the socially-distanced orchestra with our backs to the non-audience."

Rehearsals were also a little unconventional - "I also rehearsed outdoors on my patio with New West concertmaster, Alyssa Park and a koto player. That was a first! " Meyers said.

Meyers said that the challenges of 2020 have put many things in perspective for her.

"Every day has felt like a tremendous accomplishment, incorporating zoom schooling for my daughters, staying healthy, positive and motivated with the many cancellations and changes that have occurred in our lives," Meyers said. "This incredibly challenging time in history has taught me that adaptability and perseverance coupled with good health and keeping a sense of humor for family and oneself are paramount to everything else."