October 9, 2020, 3:02 PM · How do you take all the best things about Suzuki music education and combine them with ideas from improvisation, jazz and contemporary styles?

Creative Strings founder Christian Howes sees great potential for this in a new project by David Cutler, who asked Howes to be part of an ambitious re-thinking of Suzuki repertoire called SuperNova. 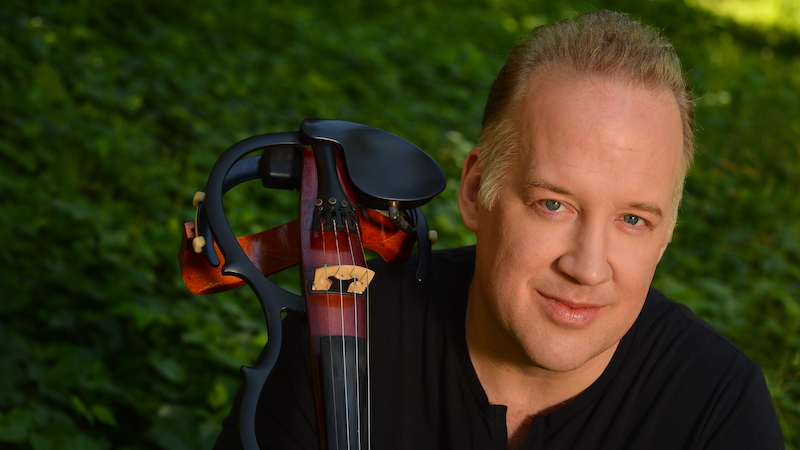 Cutler, a pianist, has been busy transforming the 17 pieces in Suzuki Violin School, Book 1 into versions that incorporate various styles, including tango, jazz, klezmer, ragtime, techno, calypso and more. "SuperNova" takes those new versions and provides them to teachers and students in a number of different ways, including recordings to play with, sheet music, ensemble versions and more.

The recordings include versions with the basic melody, played by Rebecca Hunter; advanced versions with jazz improvisations by Howes; and a sort of karaoke ("Suzuki-oke"!) band version that allows students to do as much improv-ing as they'd like. Here are some short samples of Hunter's "melody" version, followed by Howes' "improv" version:

Both Howes and Cutler are "Suzuki Dads," and that's where it all started for Cutler.

"When my son Ashton was four years old, he began taking violin lessons through a local Suzuki program," Cutler said. 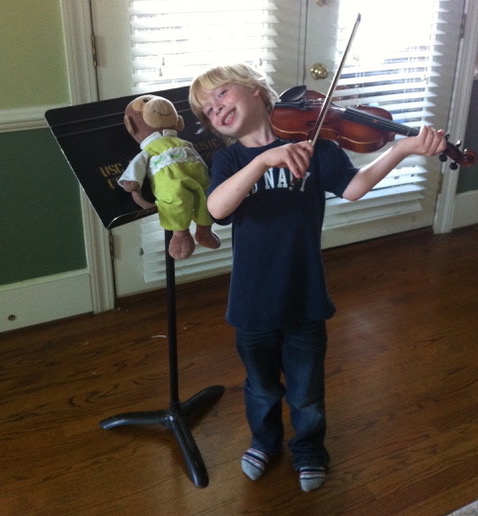 "We regularly practiced together, and I often improvised original accompaniments that pushed his ear and musicianship," Cutler said. "For his first public performance, Ashton was slated to play one of the Suzuki greatest hits of all times: Go Tell Aunt Rhody. He asked me to perform alongside him in a funk style, both of us wearing shades. To my surprise, the audience didn’t just enjoy the variety. They went wild with thunderous applause and a standing ovation. So I developed the concept further. It ultimately grew into SuperNova."

The project resonated for Howes, who began studying Suzuki at age five with Ginny Christopherson in Columbus, Ohio and even took a trip to the East Coast to see Dr. Suzuki teach in person, in the early 80's.

"I’m a Suzuki grad and a twice-Suzuki Dad," Howes said. "My youngest child, Dalton, is 10 and in Book 6 now. My oldest child, Camille, went through Suzuki and just recently graduated from Oberlin as the first violinist to receive a degree from Oberlin’s Jazz department." 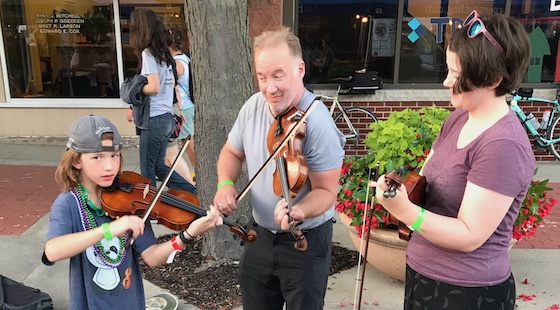 Christian Howes with his children, Dalton and Camille.

"As a violinist who began going beyond classical music in the late 80's, my teaching projects of the past 15 years have been squarely aimed at helping classical string players learn improvisation, harmony, and contemporary styles - in short, training string players to be more versatile, creative, and functional musicians," Howes said. "The challenge of improvising and crafting my own versions of the 17 songs in Book 1 set to different genres feels like it was made for me. Given that Suzuki is so important to me, it feels like an important way for me to give back. I also feel it's a recording that will have more significance than other recordings I've done, in the way that it refers to and reinterprets these historic songs."

Here's one of the more adventurous improvisations that Howes did on the Suzuki songs -- an ultra-distorted (Yamaha Silent) electric violin version of "Andantino":

"Traditional classical education does a great job addressing certain kinds of values: attention to detail, pursuit of excellence, strong work ethic, recreating someone else’s vision, much more. These are invaluable skills, and I advocate them all," Cutler said. What he aims to add with "SuperNova" are exposure to different genres, a focus on rhythm, creative decision-making and personal expression. Instead of aiming for a set of performance practices that are agreed upon as correct, "the score becomes a starting point rather than end goal," Cutler said. "Performers are empowered to decide which elements to embrace and which to tweak."

BTW if you want to buy yourself an early holiday present, you can get these tracks and sheet music at half-price by pledging to the Kickstarter (click here) -- the donation basically serves as a pre-order, to be delivered in December.

October 12, 2020 at 05:04 AM · This is wonderful! I’d love to have something like this to use with my students. These are skills they need in 21st-century performance!