October 8, 2020, 2:37 PM · Welcome to "For the Record," Violinist.com's weekly roundup of new releases of recordings by violinists, violists, cellists and other classical musicians. We hope it helps you keep track of your favorite artists, as well as find some new ones to add to your listening! 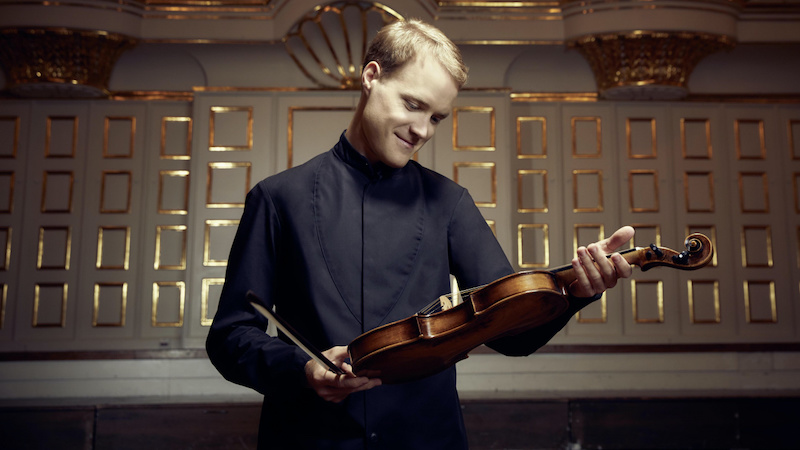 What do Mozart's violin concertos sound like, on Mozart's own violin? Click below to find out -- violinist Christoph Koncz has recorded all five of Mozart's Violin Concertos on a Mittenwald violin from the beginning of the 18th century, probably by the Klotz family of luthiers, that Mozart used during his tenure as concertmaster of the Salzburg Hofkapelle between 1769 and 1780, when he also composed his five violin concertos. It's the first time the concertos have been recorded on this violin. Koncz was granted access to the violin by the Salzburg Mozarteum Foundation, which owns the instrument and requires that two staff members be present whenever it is played. The violin was carefully preserved after Mozart's death and has had minimal intervention, keeping it close to its original condition. Koncz, who gained recognition at the age of nine when he starred as the child prodigy Kaspar Weiss in the movie "The Red Violin," is principal second violinist of the Vienna Philharmonic. BELOW: Trailer for Mozart's violin:

"When I first read (Israeli writer) David Grossman’s novel Falling Out of Time, I could
think of nothing else," said composer Osvaldo Golijov. "I felt I had to set it to music. And I knew the only people who could
manifest in sound the infinitely nuanced world of the book are the musicians of the Silkroad Ensemble." The book describes the bereavement of parents who have lost children. Over the course of 2017-2019, Golijoy's 80-minute tone poem was workshopped at the Juilliard School and in the Joyce Contemplative Center at the College of the Holy Cross, where Osvaldo has taught in since 1991. BELOW: An excerpt from "Falling Out of Time."

Violist Georgina Rossi, a native of Santiago, and pianist Silvie Chang dedicate their new album of works by Chilean composers to the memory of composer Juan Orrego-Salas. "Sixteen days before Silvie and I walked into the studio for our first day of recording, the composer Juan Orrego-Salas passed away. I carried that sorrow into the studio alongside his score in my hands and remember feeling an intense gratitude for his music, as well as a huge responsibility," Rossi said. One of Chile’s foremost composers, Juan Orrego-Salas taught at Indiana University’s Jacobs School of Music for 25 years, where he founded the Latin American Music Center in 1962. He died in 2019 at age 100. Orrego-Salas was passionately dedicated to encouraging Chilean cultural engagement, and was awarded the Chilean National Prize for the Arts in Music in 1992. The album also contains world premiere recordings of works by Rafael Díaz, Carlos Botto, Federico Heinlein, and David Cortés. BELOW: An interview with Juan Orrego-Salas from 2011.