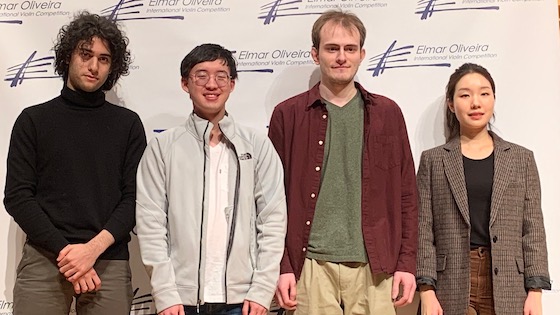 The EOIVC 2020 Final Round will be held Saturday at 7:30 p.m. and Sunday at 4:00 p.m. EST and will be live-streamed on the EOIVC Facebook Page and its YouTube Channel. (Click on either).

On Sunday, finalists will perform with the Lynn Philharmonia, conducted by Jon Robertson, and the winners will be announced following the performance. Awards include a First Prize of $30,000; Second Prize of $15,000; Third Prize of $10,000; and Honorable Mention of $5,000. A special Community Engagement award of $2,500 will also be given to the Finalist who scored the highest in the Community Engagement Round.