January 21, 2020, 5:29 PM · In an effort to promote the coverage of live violin performance, Violinist.com each week presents links to reviews of notable concerts and recitals around the world. 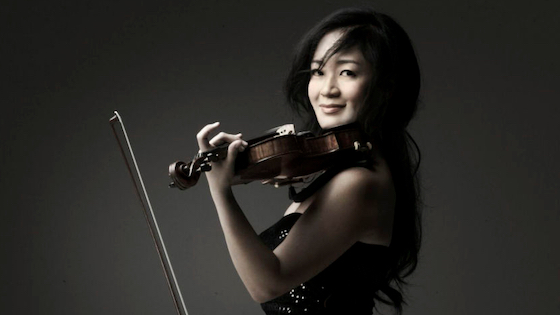 Martin Chalifour performed solos by Bach and Telemann with the Los Angeles Philharmonic.

Joshua Bell performed Bach with Academy of St Martin in the Fields in Edinburgh.

January 22, 2020 at 04:53 PM · Like a big straw welcome mat, of course! Chee Yun is a sensitive and imaginative player with a great sound when I heard her, regardless of whatever a thatchy tone is.

January 22, 2020 at 05:33 PM · Do you think "bright and thatchy tones" was an attempt to say she elicited a range of contrasting timbres? "Bright" suggests concentrated or razor-edged, whereas "thatchy" seems deep and luscious...

...but some are better than it than others!

And we all love Chee-Yun!