January 20, 2020, 12:28 PM · Congratulations to the eight semi-finalists announced in the 2020 Elmar Oliveira International Violin Competition, taking place this week and next at Lynn University in Boca Raton, FL. 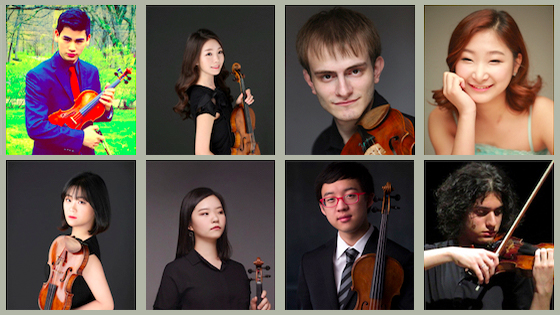 The EOIVC’s Semi-Final Round will take place Tuesday and Wednesday at Lynn Conservatory of Music, after which four finalists will be selected. The finalists will be featured in a performance on Sunday with the Lynn Philharmonia, conducted by Jon Robertson. The winners will be announced following the performance. Awards include a First Prize of $30,000; Second Prize of $15,000; Third Prize of $10,000; and Honorable Mention of $5,000. A special Community Engagement award of $2,500 will also be given to the Finalist who scored the highest in the Community Engagement Round.