January 8, 2020, 10:21 PM · After weeks of negotiations, the American Federation of Musicians and the Alliance of Motion Picture and Television Producers have reached a tentative agreement, pending ratification by eligible musicians later this month. The agreement does not provide union musicians with residuals from films and TV shows that are made exclusively for streaming platforms. The streaming residuals were a major rallying point in a national campaign last fall called #BandTogether, which mobilized musicians in Los Angeles, Nashville and New York. 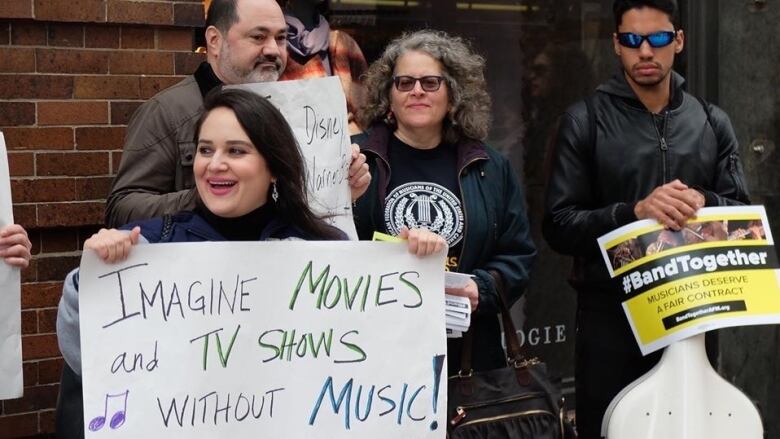 "Residuals generally make up 75 percent of our pay for a project," violinist Joanna Maurer told Violinist.com in November. "So, when we record soundtracks for streaming platforms, we’re working for a fraction of what we usually make on traditional film and TV productions. Same work, 75 percent less pay."

However, union leaders pointed to other gains in what they are calling a stop-gap agreement.

"It is important to note that we did not win streaming residuals," said musician representatives Elise Frawley and Maurer in a January 2020 article in Allegro, the newsletter for New York's AFM Local 802. "However, we achieved substantial gains made possible because of the solidarity between rank-and-file musicians across the country and the collaboration with AFM leadership.....Accepting the terms of this two-year contract not only gives us better wages and working conditions, but legal protections as we continue campaigning toward our ultimate goal."

The contract achieved the following gains, according to the AFM:

"The tentative agreement, if ratified, will be viewed as a short-term truce," said AFM President Ray Hair. "While we've made meaningful progress on how we are recognized, our musicians' concerted activity will continue as the backdrop to our ongoing efforts to obtain fair residual terms whenever we are engaged to score content made for streaming."