Simon Woods Steps Down as CEO of LA Philharmonic

September 17, 2019, 11:20 AM · The Los Angeles Philharmonic announced the immediate resignation of its CEO Simon Woods on Monday. 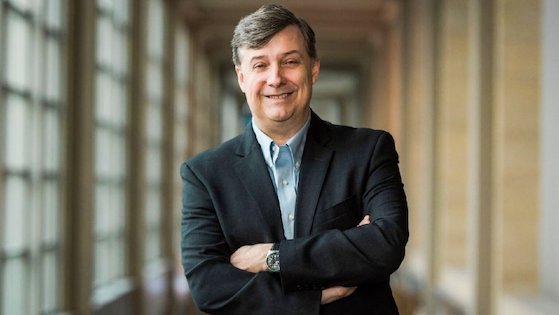 "The Los Angeles Philharmonic is an extraordinary organization in every respect. It has been my complete honor to lead it for almost two years. However, after a great deal of reflection, I have concluded that my hopes and aspirations lie elsewhere, and as a result, I have tendered my resignation," Woods said in a statement. "I wish Gustavo, the musicians, the staff, the Board and everyone associated with this organization all the very best as it commences its second century."

The LA Phil did not offer any explanation for Woods' sudden and unexpected departure, which comes right before the Oct. 3 start of the orchestra's new season.

Woods served as CEO for the LA Phil for less than two years, having succeeded Deborah Borda in January 2018. During that time, the LA Phil celebrated its 100th anniversary season, in 2018-2019. Prior to coming to the LA Phil, Woods was President and CEO of the Seattle Symphony Orchestra, from May 2011. Before his work in Seattle, Woods was Chief Executive of the Royal Scottish National Orchestra (RSNO); President and CEO of the New Jersey Symphony Orchestra; and Vice President of Artistic Planning and Operations at The Philadelphia Orchestra. A native of London, Woods earned a degree in Music from Cambridge University, and a post-graduate diploma in conducting from the Guildhall School of Music and Drama.

Borda departed the LA Phil in March 2017 to become CEO of the New York Philharmonic in fall 2017. Borda had led the LA Phil for 17 years, with major accomplishments including the completion of Disney Hall and the appointment of Gustavo Dudamel as Music and Artistic Director.

LA Phil Board Chair Jay Rasulo and Board Chair Designate Thomas L. Beckmen will lead the organization until a new CEO is named.